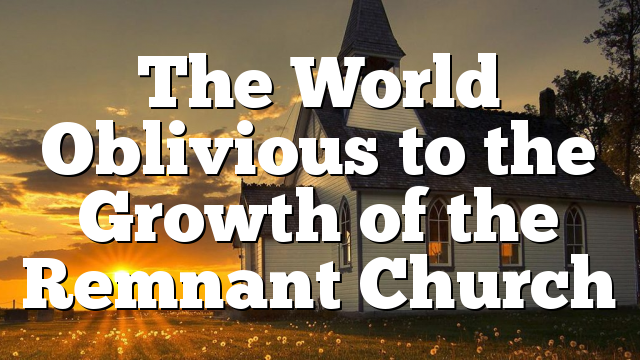 Church attendance is declining, according to a study by the PEW Research Center, continuing a trend. My local newspaper has picked up on the report, focusing on a local atheist organization.  But do they realized that many of the non-church-affiliated, non-religious people, are actually strong Christians who haven’t been comfortable in a church home, or many going to church, but not a part of a denomination? While many lukewarm or rule-based churches have been declining, with people tired of just ritual and legalism, the spirit-filled churches have been growing fast.

Do they realized that many of the non-church-affiliated, non-religious people, are actually strong Christians?

Many of the strong spirit-filled Christians can be described as unaffiliated, so the non-affiliated who have lost faith, are much fewer than the studies would show. As this study says, most of the loss is among Catholics and mainline Protestants. The local Catholic bishop says there needs to be more witnessing, which is true. At the same time, Pentecostal/Charismatic and Evangelical Christianity has been growing leaps and bounds, especially the spirit-filled variety.

It is true that there has been a Great Falling Away from traditional churchianity. The Bible foretold it would happen near the conclusion of the end times. And now the Lord is rebuilding, His way: Word-based, full of Grace, Faith-focused, in the Power of the Holy Spirit, with believers consecrated to Him and available for His purposes, going out to bring in the harvest while preaching the Word with signs and wonders. That is the way it was meant to be.  It was lost; but it has been returning. God does not let go of His people.

The Researchers Don’t Understand the Spiritual

The Great Awakening that has begun in many places in the world and is spreading is accelerating the process. Many are being saved outside the church walls. Many spirit-filled churches are being planted. And while many people have fallen away from dead traditional churches, for any such churches that now welcome Him, the Holy Spirit is being poured out afresh, and they are coming alive. It occurred widespread in the Charismatic Renewal of the 1960’s-70’s and can happen again.

The truth of what God is doing would come as a shock to the demographics people, who don’t understand the spiritual and group Christianity into their convenient little boxes, while ignoring the huge growth in the spirit-filled churches. Yes, there has been a shaking, a falling away, but that is good. It is making the way for the Lord advancing His Kingdom and building His glorious church.

Be One in Him So the World Will Believe