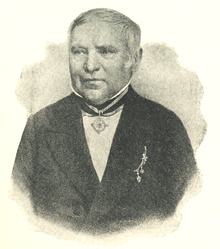 “The Quaker way has deep Christian roots that form our understanding of God, our faith, and our practices. Many Quakers consider themselves Christian, and some do not. Many Quakers today draw spiritual nourishment from our Christian roots and strive to follow the example of Jesus. Many other Quakers draw spiritual sustenance from various religious traditions, such as Buddhism, Judaism, Islam, Hinduism, and the nature religions.”

Howard Gardner [11/21/2014 1:00 PM]
Wasn’t aware they had pagan roots. I thought that somehow they traced back to the Anabaptists but then Quakers do not baptize at all.

Paul Hughes [11/22/2014 3:17 AM]
“According to the Quaker historian Rufus Jones, the “pantheistic-mystical sects,” gaining momentum in England since the fourteenth century, enjoyed a period of resurgence in late Tudor and early Stuart England, culminating with the Ranters, Seekers, Muggletonians, Familists, and Quakers. This movement had the Neoplatonist tinge and was indebted to Meister Eckart, the Jewish kabbalah, Theologica Germanica, Pseudo-Dionysius, and Nicholas of Cusa. In fact, it was precisely during this period that the idea of THEOSIS (or deification), a theme suffused throughout Pseudo-Dionysius’s On the Name of God and Nicholas of Cusa’s Devisione Dei, was reflected in and, perhaps more crucially, refracted through the pantheistic perspectives of writers such as John Everard, Giles Randall, Laurence Clarkson, and other radicals. The Neoplatonist ideas of the soul’d ascent to God infiltrated and influenced the English Renaissance religious imagination in myriad ways.”

The Weapon of Authority

Pastor Shane Brown gives a Bible-based teaching about the authority of the believer. To order a copy of Shane’s book “Anointed for Battle”, please…