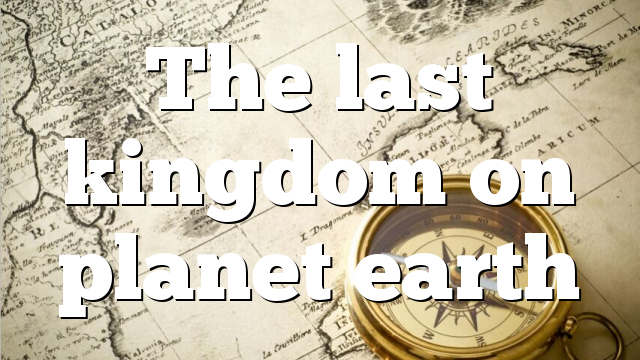 This is shown to be the case by the prophecy concerning Nebuchadnezzar’s image. The image’s head is of gold, the breast and arms are of silver, the stomach and thighs of brass, and the legs are of iron. (Daniel 2:38-40) The portions of the image represent four kingdoms (World Empires to be precise) starting with Babylon the head of gold. Followed by the kingdom of the Medes and Persians, then that of ancient Greece under Alexander the Great, and finally the great Roman Empire.

Nebuchadnezzar’s dream is confirmed by Daniel’s vision in which four beasts arise out of the sea. The first is a Lion, the second a Bear, the third a Leopard, and the fourth an unrecognisable beast that has ten horns (Daniel 7:1-7)

and the Apostle John (Revelation 17:12) John says of these kings that they part with their KINGDOM (Revelation17:17) confirming that they rule ONE kingdom.

Since John penned those words on the island of Patmos in the year A.D. 96 there has never been any world empire ruled jointly by ten kings EXCEPT what we are seeing now in the form of the European Union

Referring again to the image of Nebuchadnezzar dream (Daniel ch 2) we are told that upon the feet of the image a great stone falls, and the entire image is disintegrated (Daniel 2:34-35) In its place the kingdom of God is set up. This will be accomplished “…in the days of these kings” (Daniel 2:44) Which “kings”? The rulers of the European Union who are not literal kings but rule AS kings..

Yes, make no mistake, we are at the end of history as we know it and the return of Jesus is at hand. He will set the kingdom of God up on the earth and governed it with his co-workers…What a time that will be…