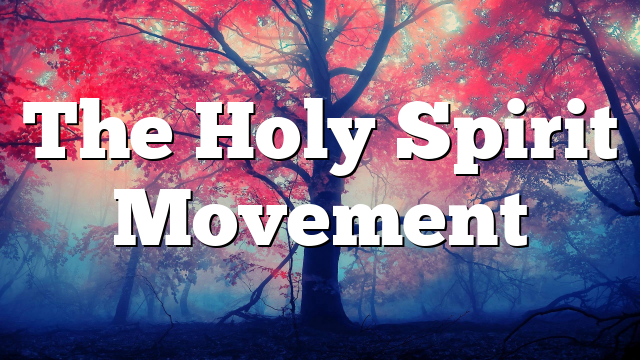 This volume continues the Regnum Studies in Mission series published through the Oxford Centre for Mission Studies, which represents missiological issues in a variety of contexts from around the world. As the subtitle indicates, this work focuses on the historical and theological development of the church in Korea from 1900 to the present. It is largely based on Lee’s doctoral dissertation at Temple University completed in 1996. It is not so much a study in church history or missional theory as it is a study of the revivalist movements that have given impulse to the Korean churches for over a century.

After a brief introduction and survey of the religious and political background that shaped Korean society up to 1900 (chapters 1 and 2), the author divides his remaining chapters chronologically into bi-decadal segments (chapters 3 through 8), followed by a conclusion (chapter 9). The “ﬁrst period” (1900-1920) concentrates on the revival that commenced in Wonsan in 1903 and consummated at Pyongyang in 1907, on the ministry of Sun-joo Gil, and on the importance of the Independence Movement (1 May 1919) to the Korean churches. The “second period” (1920-1940) looks at two key revivalists: the Presbyterian healing evangelist Ik-doo Kim and the Methodist mystic Yong-do Lee. The “third period” (1940-1960) illustrates the spiritual confusion of the postcolonial period by highlighting the “cultic” movements of the Uniﬁ cation Church under Sun-myoung Moon and the Olive Tree Church under Tae-sun Park; it also traces the development of Pentecos- talism, beginning with Mary Rumsey and Hong Huh in the 1930s. The “fourth period” (1960-1980) notes the emergent theological rift in Korea between minjung liberationists and the conservative-sponsored ecumenical crusades of Billy Graham and others. The “ﬁ fth period” (1980-2000) highlights the history of ecumenism in Korea and Korea’s contribu- tion to Pentecostalism through Yoido Full Gospel Church (YFGC) under David Yonggi Cho. The “sixth period” (2000-) continues Lee’s understanding of YFGC and its potential for global impact and partnership.

In this dual focus on tracing both the history and theology of the Holy Spirit movement in Korea, Lee succeeds more on the second account than the ﬁrst, so I will begin my criti- cisms with historical aspects. First, the time period under consideration (109 years) is sim- ply too lengthy to give any decade much attention in such a brief work. For instance, the bulk of the ﬁrst period is dedicated to the early revival (1903-1907), while the 1910s are all but ignored. Also, and understandably, Lee provides much weight to YFGC, yet this incurs an imbalance as the ﬁ fth period (1980-2000) receives thirty-one pages of detail while the fourth period (1960-1980) receives a paltry nine by comparison. The division of chapters into twenty-year segments also seems tenuous, more a matter of convenience than reﬂ ect- ing any political demarcation or spiritual distinctive. As a result, it is dificult to judge how Lee links the chapters together in any thematic way. The term Holy Spirit movement is too nebulous with its tacit inclusion of the Uniﬁ cation Church (though Lee in no way endorses its precepts), so that one is uncertain how the Spirit “moved” from one period to the next. Also, the earliest portions of the book focus on the mainline churches while the latter part is dwarfed by Pentecostalism. While this may make sense given Lee’s objective in tracing Spirit-initiated revivals, an overarching narrative is lost as a consequence.

On the other hand, while the work occasionally veers into apology, it does not do so unduly. In evaluating the relative merits and demerits of each period, Lee shows himself to be a capable theologian, sensitive to the nuances of Korean culture and the Holy Spirit’s interaction through the churches. By delving into Korea’s rich spiritual heritage as backdrop to the Evangelical/Charismatic movement in the twentieth century, he is able to exploit some of the unique ways in which Korean revivalism has developed. Particularly satisfying is his understanding of the growth of YFGC and the role it is poised to play in the future. I was intrigued with the shift that has taken place from Cho’s “three blessing” theology, occasioned by Korea’s deprivation following her civil war, to a more “responsible” social engagement since the 1990s, aﬀ orded by Korea’s current economic aﬄ uence. Since Lee is the recently appointed successor to Cho at YFGC, it is illuminating to view through his eyes where he deems the future of the church to lie. He also does not shy away from con- troversial topics such as the alleged shamanistic practices of faith healing or the Confucian- inﬂ uenced structure of the churches; rather, he assesses them in light of faith and culture. The concluding chapter neatly summarizes his main points and brings some sense of cohe- sion that is lacking in the body of the text.

T ough the writing is clunky in places, it is not annoyingly so. For the most part the text is readable and engaging, especially in the theological abstracts. T ere are cases where sen- tences are repeated within the same paragraph (88), on facing pages (106-7), and in a footnote (106), but most of the other errors are quite minor. Overall, as an historical over- view it is barely adequate, but as a theological and cultural analysis of the Korean religious environment it is more revealing and rewarding. Lee is able to tease from the historical data the salient features of Korea’s past revivals and their repercussions into the present, guiding the uninitiated into understanding the unique characteristics that have shaped Christianity on the peninsula. Repentance, prayer, evangelism, and an emphasis on the supernatural consistent with Scripture are contributions that all churches should take to heart. T is work is best suited for those who want an introduction to Korea’s religious development and YFGC’s place in it.

PhD in Pentecostal and Charismatic Studies University of Birmingham, UK

Did JESUS taste spiritual death in HELL? Where did Jesus complete his work of redemption? “Later, knowing that all was now completed, and so…