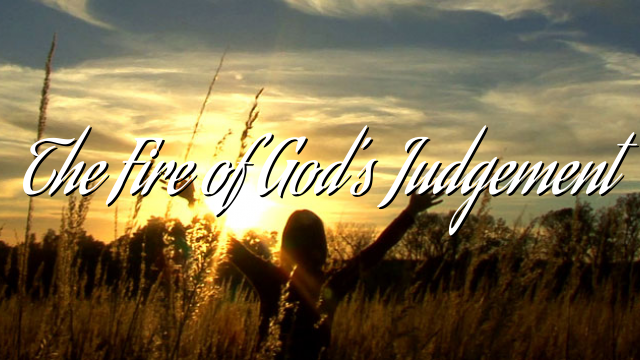 Man’s judgments are always flawed, because they proceed from the finite mind that does not see the end from the beginning. The only way that we can judge all things perfectly is by the spirit, and this requires submitting the soulish mind to the spiritual mind and deferring to the spirit.

Man’s mind thinks dualistically, and this is most evident when we judge and even when we interpret God’s judgments from our dualistic point of view. Many years ago, the Persians developed a religion based upon the idea of “Persian Dualism.” It was the best that the human mind could conceive. They believed that in the beginning, light and darkness became mixed, and that the purpose of history was to separate them once again into their respective zones.

This idea permeated the Middle East and soon became adopted by Bible-believers. They began to interpret the Bible dualistically. But even so, a great number of early Christians rejected such Dualism and taught that God would save all men after the sinners had been purged by the “lake of fire.”

Augustine, the “champion of eternal torments,” admitted in his writings that “most people” disagreed with his idea that the unbelievers would be tormented for eternity.

The idea of eternal torment appears to be taught clearly in Scripture, because the Greek word eonian, “pertaining to an eon,” is translated as “eternal” or “everlasting.” But this Greek word did not mean to convey the idea of endlessness.

The incorrect translations of aionian began with Jerome who translated the Bible into Latin. His translation is called the Latin Vulgate. When he came to the word aionian, he rendered it by the Latin word aeternas, from which we get “eternal.” The problem is, aeternas had a double meaning: (1) an age, and (2) an unlimited period of time. This left the door open for vengeful Church leaders to interpret eonian according to the alternate meaning of aeternas.

When the weight of theological interpretation shifted from the Greek-speaking world of the Seven Churches in Asia to the Latin Church of Rome, the Roman Church moved to stamp out the view of the Reconciliation of All Things. This began in the year 400 A.D. with the controversy between Theophilus of Alexandria and John Chrysostom of Constantinople.

This is one of the most unfortunate events in Church history, for it caused later Church Councils to declare the Reconciliation view to be heretical. It forced the people, in essence, to give up their Greek word eonian and to adopt the secondary meaning of aeternas when speaking of divine judgment for sin. After 1,500 years of this tradition of men, it is difficult for Christians to believe that there could be any alternative to “eternal torment.”

But the Scriptures themselves have not changed, and now anyone can see how the words aeon (eon) and eonian are actually used in their own Bibles. Many theologians of all denominations admit that the word does not mean “unending time.” These include Dr. Robert Young, who put together Young’s Concordance and his Literal Translation of the Bible.

If the first obstacle to understanding divine judgment is to grapple with the DURATION of “hell,” the second is to understand the NATURE of the “lake of fire.” In other words, is the lake of fire a literal fire that tortures people? Or is the “fire” symbolic of the divine law itself, which nowhere makes torture a remedy or judgment for any sin?

All divine judgment proceeds from His nature and character, because God will always remain true to Himself. He appeared to Israel only as a consuming “fire” (Deut. 4:12). In Deut. 33:2 we read that He sent His “fiery law” to Israel, or a Law of Fire. It was meant to consume “the flesh,” to correct all sin that a man might commit against God or his neighbor.

World Warnings End of the World God did not make…

World Warnings End of the World God did not make this world the way it is. He made a great world for us and…