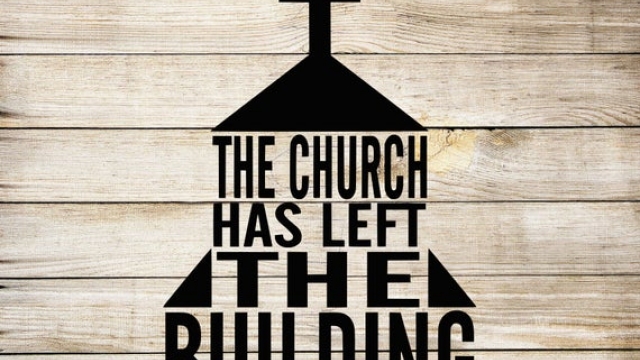 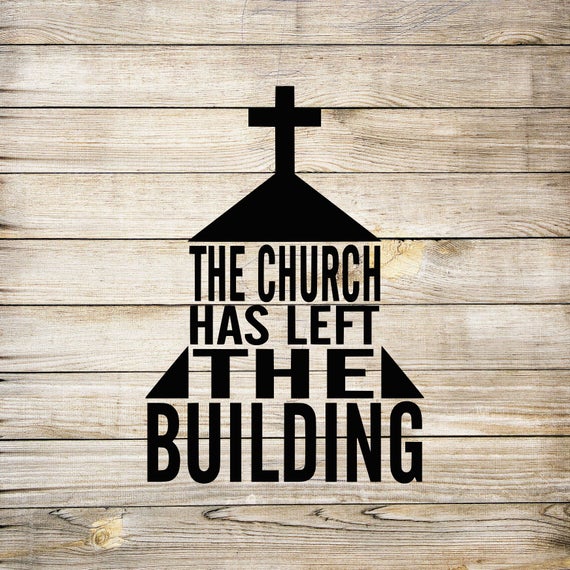 I am sick of people posting “the church is deployed.” The church is NOT deployed. The church is running into their homes in fear. There is not actually deployment actually happening. Where are the conversions? The miracles? Signs and wonders?

God does not use people partnering with the demon of fear and insecurity. You are not going to reach anyone when you are afraid of of some flu on meth.

If people want to coward back and self-isolate from the harvest, do it. However, do not pretend you are “deployed.”

Being so WILL require you to hug broken people and lay hands on people who may have or not have this virus.

That’s real deployment. Until you are willing to do that, you are NOT deployed.

IS THE AMERICAN CHURCH COWARDING FROM ITS CALLING IN MIDST OF CRISIS?

Let’s be VERY clear about something. The American Church is cowarding back from its divine calling in the midst of crisis. The call of the Church is to be the salt, the light and the city on the hill.

Let’s revisit the Spanish flu in 1918. The world was dying off but the Pentecostal church was having healing meetings in tents all over America. People came to the healing revival with expectation that the Holy Spirit would come in healing power.

Hebrews does NOT say “forsake not the assembly unless there is a virus.” That is not in the Greek or any copy of the book that we have preserved. It just is not there. The Church should be the answer to the crisis, not part of the crisis.

I have been saved since 1996 and I have never seen so much demonic fear among the faithful. We are called to be people of faith, not fear. We can pretend that it is about “wisdom” but wisdom is not rooted in fear.

As Lindell Cooley used to say, “If He is still God, He will still do it.” The same Holy Spirit that anointed the Pentecostals in 1918 is here and alive today. Our response to that is very telling.

IS THE CHURCH PEOPLE VS BUILDINGS NOW THAT WE CANT GET TOGETHER? 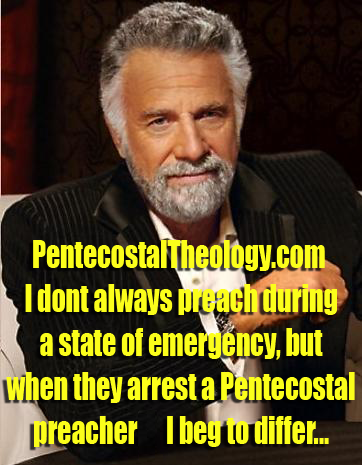 I hear people say we are “being the church” because we can not meet. This is hogwash. You can’t “be missional” hiding in your closet in fear of anyone that gets within six feet of you might have a virus. The early church went from house to house but they did leave their own. Just saying.

Evangelism right now is more critical than ever. However, most are living in fear. They won’t dare go out and hug a homeless man or share a meal with a prostitute. They might get this “super flu.”

You can’t “be the church” living in fear from your couch. It requires you go where the people are and enter into their world. Ministries and believers won’t do that out of fear of this virus.

Don’t say you are “being the church” living in demonic fear and pretending it is “wisdom.” Want wisdom? Try Proverbs 11:30

Of the 39 states that have implemented stay at home orders, 12 make exceptions for religious gatherings.

A revival held at a church resulted in an outbreak of the virus in Hopkins County, Kentucky, and the governor reminded the public Wednesday that those exercising the exemptions still hold a responsibility to take precautions to the virus. “The ramifications when we don’t follow this, end up being widespread and they hurt people that didn’t make that choice,” said Gov. Andy Beshear. “Let’s make sure that we’re responsible in the choices we make to protect those around us.” Here’s a list of states that still allow some form of religious gatherings during the stay at home orders:

The state allows houses of worship to stay open as long as they are using an electronic platform or are practicing social distancing. Services from religious leaders are also allowed for individuals in crisis or for end-of-life services.

The state recognizes attending a church, synagogue or house of worship as an essential activity along with caring for loved ones, pets and recreational activities that comply with social guidelines.

Kentucky makes an exemption for life-sustaining business and religious organizations that provide “food, shelter, social services, and other necessities of life” for people disadvantaged or in need because of the pandemic. However, the organizations must social distance as much as possible, including ending in-person retail.

Michigan also makes exceptions for operations, religious and secular, that provide necessities for those in need. The state also does not subject places of worship to penalties for breaking orders when they are used for religious worship.

The state does not include congregations in a church, synagogue, mosque or other place of worship in the definition of “mass gatherings” that are barred.

Traveling to and from a place of worship is exempt from the executive order as “leaving the home and travel for essential activities.”

Religious services, if they cannot be conducted at home or remotely, can be conducted as long as they are consistent with guidelines from the federal government and Centers for Disease Control and Prevention.

Attending a place of worship is considered an essential activity in the state along with going to the grocery store or gas station, picking up a prescription or necessary medical care, checking on a relative, getting exercise, and working essential jobs.

Religious facilities, groups and gatherings must have fewer than 10 people in a room and must adhere to social distancing requirements.

The nationwide move to close churches, synagogues and mosques as part of the broader effort to slow the spread of the coronavirus is meeting some new resistance.

In a new “safer-at-home” order banning many activities, Florida Governor Ron DeSantis Wednesday said “attending religious services” is among the “essential” activities that would be permitted. The order came two days after the arrest of a Tampa pastor, Rodney Howard-Browne, who held worship services in defiance of a local ban on large gatherings. That ban is now effectively overruled.

Governors in several other states have also designated houses of worship as providing essential services and thus exempt from shutdown orders. Those provisions have come in the wake of criticism, largely from conservatives, that any order to close churches constitutes a violation of the principle of religious freedom.

“Why is it the church can’t meet when it has a constitutional right to do so and has undertaken extraordinary efforts to protect people, but commercial businesses can meet with no constitutional protections and many do nothing to protect anyone?” the organization said in a press release.

A coalition of Catholic leaders on Wednesday similarly issued an open letter calling on authorities to recognize religious services as essential and pleading for the allowance of “some form of a public mass,” especially at Easter.

Many churches and other houses of worship have been forced to close in response to government bans on public gatherings of more than ten people. It is not yet clear whether the broadening move to include religious institutions as essential will allow churches, synagogues, and mosques to reopen.

In several states that do not explicitly mandate church closures, religious leaders are strongly recommended to suspend services.

An executive order issued Tuesday by Texas Governor Greg Abbott explicitly designated religious worship as essential and thus exempt from a mandate that “every person” in the state “minimize social gatherings” and “in-person contact,” and it overruled the local bans on large gatherings that had forced the closure of many Texas churches.

Legal guidance issued in connection with Abbott’s executive order, however, advised that houses of worship “must, whenever possible,” conduct their activities remotely.