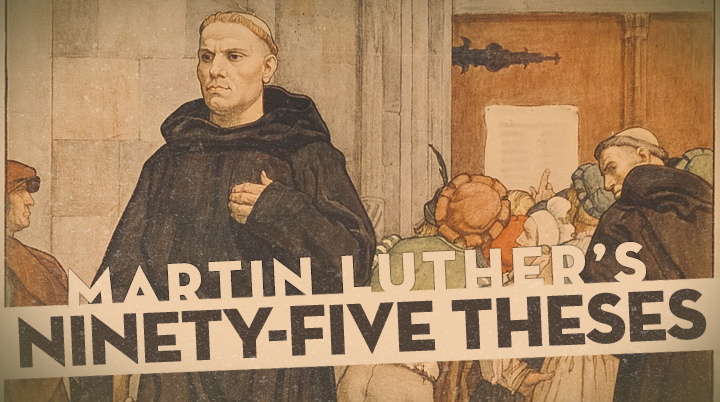 Disputation on the Power and Efficacy of Indulgences Commonly Known as The 95 Theses by Dr. Martin Luther

Out of love and concern for the truth, and with the object of eliciting it, the following heads will be the subject of a public discussion at Wittenberg under the presidency of the reverend father, Martin Luther, Augustinian, Master of Arts and Sacred Theology, and duly appointed Lecturer on these subjects in that place. He requests that whoever cannot be present personally to debate the matter orally will do so in absence in writing.

Daniel’s 70th week and the Jews