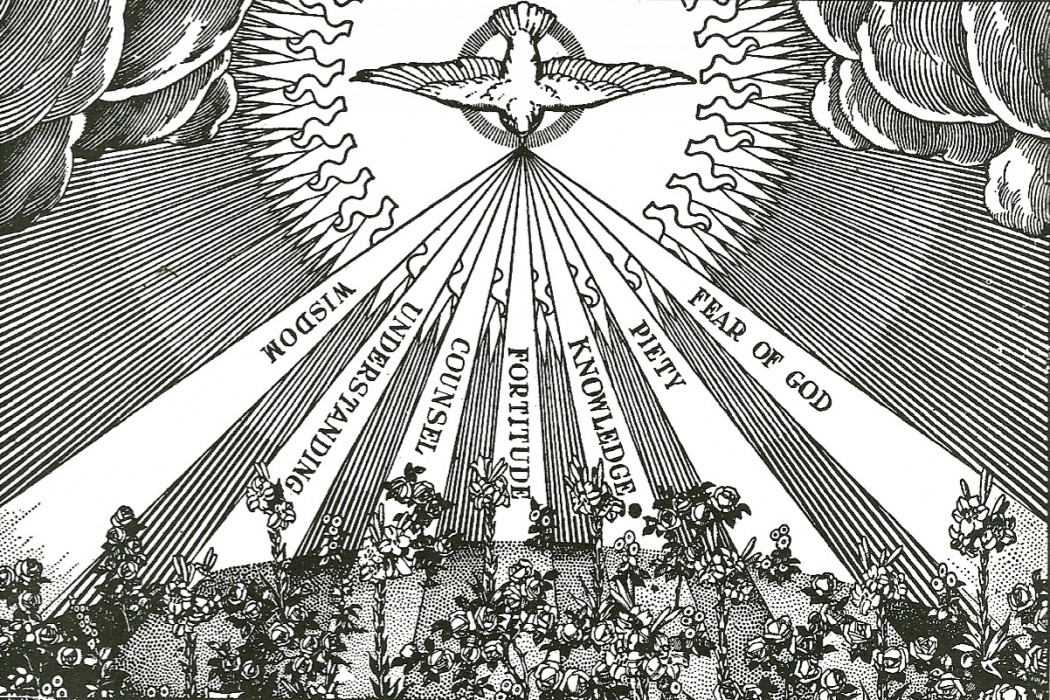 Spiritual Gifts Can Be Imparted Through Prophecies

I Timothy 4:14 Do not neglect the gift that is in you, which was given you through the prophecy spoken over you at the laying on of the hands of the elders. (BSB)

Remembering prophecies about us can help us fight the good fight.

I Timothy 1:18
Timothy, my child, I entrust you with this command in keeping with the previous prophecies about you, so that by them you may fight the good fight,

“Nor of men sought we glory, neither of you, nor yet of others, when we might have been burdensome, as the apostles of Christ.”
1 Thessalonians 2:6

It was late for me when I wrote it.

Link Hudson [10/28/2015 5:29 PM]
Stan Wayne, I’m not sure, but I wouldn’t be surprised if it were similar to the word Paul and Barnabas received, “Separate unto me Barnabas and Saul for the work to which I have called them.”

Link Hudson [10/28/2015 5:41 PM]
John Kissinger I watched the video. Overall, lots of good stuff in the video. Didn’t Yahweh tell Elijah to anoint Elisha on Mt. Horeb, not at the moment he met him? He could have done both, but He’d mentioned it at Horeb.

I also wonder if the video was trying to imply that the celebrity preachers shown in the video were ‘apostolic’ by virtue of their influence. I don’t agree with that concept of apostleship.

There are different ways gifts are imparted. Imparting gifts through prophecy is a bit contraversial with some of the A/G folks. A lot of people in the A/G have some extra-Biblical rules, IMO, a reaction, maybe against false prophecies. If a prophecy is about someone’s calling, some people in the A/G are unduly suspicious of it unless it’s confirmation and the person already feels called. But the Bible shows examples of the ministry of certain figures being prophesied before their birth or when they were still babies. So there is no reason to think God has a rule against it.

I haven’t noticed a lot of people from A/G backgrounds here. I have seen a lot of COG (Cleveland) folks. I hear in some of the COGs in the Southeast, that you’d almost never hear anyone stand up and prophesy, but you’d hear a tongue followed by an interpretation. I read that the COGOP decided on one son of AJ Tomlinson over the other as denominational leader in response to an interpretation of tongue. The one that wasn’t chosen wanted to have himself crowned king of the world and kept running for president.

What I was wanting to focus on was the fact that the Lord could actually give someone a gift through the prophecy while the individual heard the prophecy.

Link Hudson [10/28/2015 5:51 PM]
John Kissinger There were lots and lots of preachers shown in the videos. The video is on the TL Lowery channel, but the announcer doesn’t sound like him unless he can do difference voices and a midwestern accent. The announcer has a good voice, btw.

Stan Wayne [10/28/2015 9:40 PM]
Watchman Nee (not Pentecostal per se) did the best scripture analysis of the gift of apostleship which my passage quoted show Timothy had.

See his chapters 1-4 below

Link Hudson [10/29/2015 7:41 AM]
Prophecy is one way gifts are imparted. B.B. Warfield argued that certain gifts could only be imparted by the laying on of the apostles hands, but I Timothy 4:4 shows that fault in that line of reasoning, along with Paul becoming an apostle and being able to do miracles.

Stan Wayne [10/29/2015 7:58 AM]
Yes definitely – the Warfield types Moody Finney types the AJ Gordon’s the AB Simpsons were great men all finding their way to recovery of healing and fullness of Spirit in 19th C – they had many gaps and lapses in thinking

…the selfsame Spirit dividing to every man severally as he will.

Stan Wayne [10/29/2015 12:42 PM]
That is not a piece of legal writing with every disclaimer in place – just compare 1 COR 12 and Rom 12 lists of gifts and you will see not every concept is repeated in every place a topic is discussed

Don’t be too letter of law

John Kissinger [10/29/2015 2:13 PM]
Laying on of Hands in the #BIBLE is for:
1. Blessing.
2. The setting in place and anointing of leaders.
3. Consecration.
4. Impartation of spiritual gifts, strength, authority or wisdom.
5. Substitution and the transfer of punishment.
6. Healing.
7. Deliverance.
8. Prophecy.
9. To receive the Baptism with the Holy Spirit.

Link Hudson [10/29/2015 4:04 PM]
Has anyone ever had a gift or ministry prophesied over them that they hadn’t heard about first from God?

Timothy Carter [10/29/2015 5:28 PM]
Spiritual gifts are not given by the human being they are given by Holy Spirit. Therefore the laying on of hands is not important. Just as oil is not that important in their process of healing. A person can be healed without ever having been anointed with oil. Even though James says to anoint with oil those who are sick. The power is not in the oil. Just as the power to transfer the spiritual gift is not in humanities hand. It’s all about God.

On Churches Defying Orders to Close

I have been asked by several person to comment on the issue raging among many Christian, that of church attendance during the covid-19 lockdowns….