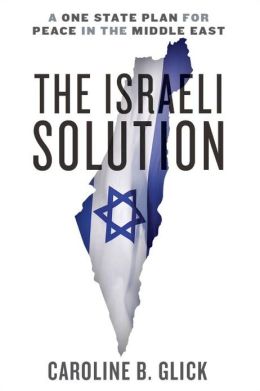 Whereas, given the special place of the Jewish people in salvation history (Rom. 3.1-2; 9.4-6) as the chosen people of God through which the Messiah would come and all nations of the world would be blessed, including the blessing which accrues to the people of God through the Abrahamic covenant (Gen. 12.1-3; Gal. 3.7-9); and,

Whereas, as the followers of Jesus we ought to be ‘witnesses to Him in Jerusalem, Judea, and Samaria, and the ends of the earth’ (Acts 1.8); and,

Whereas, our God, the God revealed in Scripture, extends his grace to all people, that God causes his rain to fall and sun to shine upon the evil and the good alike (Mt. 5.45), and that Paul prays for salvation of all, not just for the Gentiles but also for the Jews (Rom. 10.1); and,

Whereas, the land of Israel has for many years been home to the descendants of Abraham; and,

Whereas, numerous Palestinians and people throughout the Middle East are devoted followers of Christ, brothers and sisters who have suffered owing to their faith (Jn 15.18-25; 16.31-33); and,

Whereas, since the foundation of the world, God’s intent for his creation is shalom (peace), and Jesus, the Prince of Peace, exhorts us to pray ‘thy kingdom come thy will be done’ (Mt. 6.10), and the author of Hebrews commands that we pursue peace with everyone (Heb. 12.14), and the Old Testament commands all to pray for the peace of Jerusalem (Ps. 122.6); and,

Whereas, Jesus promises blessing on those who are peacemakers (Mt. 5.9) and commands that we should love our enemies and pray for those who persecute us (Mt. 5.44); and,

Whereas, throughout its history this region has been torn apart by intensive suffering, oppression, and violence; and,

Whereas, modern Israel is a democratic state whose constitution guarantees the rights of all its citizens regardless of race, ethnicity, religious commitment or lack thereof, and that God instructs the Israel of Scripture that ‘You must follow exactly the path that the Lord your God has commanded you, so that you may live, and that it may go well with you, and that you may live long in the land that you are to possess’ (Deut. 5.33);

Now therefore be it resolved that, we affirm our support of a political solution that ensures all the inhabitants of Israel and its neighbors peace and security; and,

Be it further resolved that we recognize the right of Israel to exist as a sovereign nation and pray for its peace and safety; and,

Be it further resolved that though decades of violent tension in the Middle East has brought intense suffering to Christians and Jews, we encourage and pray for the protection and security of all parties; and,

Be it further resolved that we stand with and pray especially for our Christian brothers and sisters, throughout the Middle East including many Jewish and Arab Christians, who have suffered and are suffering greatly in this conflict; and,

Be it further resolved that we support the work of Church of God ministries in the region involved in peace, justice, and reconciliation. We also support the active proclamation of the ‘gospel of Christ: for it is the power of God unto salvation to everyone that believes; to the Jew first, and also to the Greek’ (Rom. 1.16); and,

Be it further resolved that we call upon all nations of the Middle East to change their restrictive laws with regard to religious conversion; and,

Be it finally resolved that we oppose any form of prejudice including anti-Semitism, racial segregation, and religious discrimination against any and all citizens of Israel.

The Shepherd’s job was to first protect the sheep, then to lead them to greener pastures as seasons change, to see that they have…