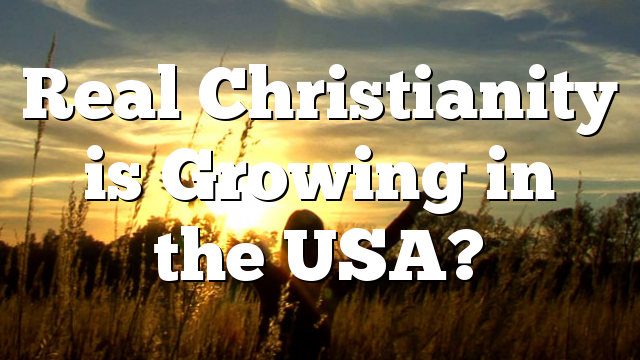 Is Christianity dying in America? In this review essay by historian William De Arteaga, he points out that the statistics about the church shrinking are not what most have made of it.

The above cited article is a summary article, and below is original research that encompasses many studies on the topic. Both are very encouraging, especially in view of the bad news we Christians have been hearing about the eventual demise of the Church in America, or at least its marginalization as has happened in Western Europe. New and careful analysis shows, for instance, that in the US the percentage of persons attending church services once a week has increased every decade since the Nation’s founding.  Yes, that‘s right, many a patriot soldier of 1775 was also an agnostic or deist. Thank God there was a leaven of Christians.

The percentage of Christians who go to church often has been steady for decades.

The losses in Church attendance and the rise of the category of “nones,” those not affiliated with any church, is not necessarily bad news for readers of PneumaReview.com. That is, those losses are almost entirely due to decline in mainline churches where belief in the Bible is weak and liberal theology strong.

The article below shows, in great detail and with graphs, that the percentage of Christians who go to church often, has been steady for decades. The losses are from nominal believers who no longer feel social pressure to remain in church or be identified as Christian.

Here is the abstract from that article:

God is setting the stage for another Great Awakening in America.

Let me personalize this. I recall from my childhood in the 1950’s that all of my Catholic relatives would have said “yes,” if they were asked if they were Christians. But in reality they were only nominal Catholics who attended church on holidays and weddings (and their own funerals). As a Hispanic in New York, part of their specific identity was to be called “Catholic.” This is the type of person who is now leaving the churches in droves, and it is not a bad thing. It avoids statistical confusion, the persons who stay in churches now are mostly really disciples of the Lord, and the “nominals” are now “nones” and clearly outside of the Church. With this situation there is less problem of so-called sheep stealing. For instance, one of my uncles became an Evangelical in the early 1960’s and that was a scandal to my other Catholic aunts and uncles, many of whom did not go to Church, but as part of the Hispanic middle class considered Evangelicalism low-class, emotional, and cultic.

Today we pick up on taking the name of the Lord in vain. Last lesson we left off with the 3 words “TAKE, NAME…