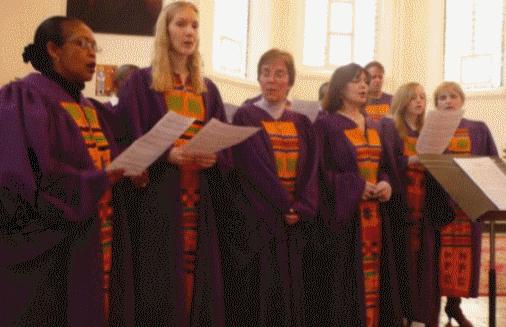 Kapelanstvoto is a Ministry, carried out by a Minister in the sphere that is not purely religious. He can serve as a priest serving a small church or chapel, the assistant priest at Church, spiritual counselor, spiritual person in a hospital or a social institution. Of course, most manifestly presence kapelanite have in the army, Navy, Police Department or fire department command.

By definition, kapelanstvoto is the naddenominacionno Ministry, which goes beyond the walls and structures of the Church. Ministry of Protestant chaplains in the Bulgarian lands is not a novelty. It originated from the dawn of Bulgarian Gospel movement. Not without significance is the huge historical contribution of the Orthodox priests from the dawn of the Christian faith, as well as the representatives of other Christian denominations.

In the 14th century Dubrovnik immigrants form a diaspora in Sofia, and in 1486 g. built his Cathedral. Her priest serves as chaplain. In the 16th c. German theologian Stephen Gerlach travels through the Bulgarian as the Secretary of the Protestant Ambassador in Constantinople. One of its functions is that of chaplain as he uses it to describe the religious intolerance of the authorities towards the Bulgarian population. The activity of Gerlach was continued by another Protestant chaplain, Solomon Švajger, who crossed the Balkans route to Constantinople in the second half of the 16 in.

Sir Daniel Harvey, UK Ambassador to Constantinople, also arrives with its own chaplain, Thomas Smith, who served there from 1668 to 1671 Smith extensively describes the life in the Ottoman Empire with special emphasis on the activities of the Orthodox Church. Another Ambassador to Constantinople in the 17th century, Lord ?andojs, accompanied by his personal chaplain John Hughes.

At the beginning of the 19th century prep. Henry Lindsay, chaplain at the British Embassy in Constantinople, describes the status of the seven churches of the book of revelation, while also involved in the dissemination of the Greek translation of the New Testament. At the same time as chaplain at the British Embassy in Constantinople, serve and Robert Walsh, who later was appointed as chaplain at St. 100.
Almost every military division. past in Bulgarian in the 18th-19th century is accompanied by a chaplain. British chaplains are active on Bulgarian territory during the Crimean War. In 1860, chaplain h. p. Wright, serving Eastern military parts, first reported an outbreak of cholera in Varna.

Such is the role and the Bulgarian Protestants who have spiritual support of the leaders of the April uprising. Historical fact is that many of the Protestant travelers often carry letters booksellers on the preparation of the uprising and revolutionary leaflets. These companions were Evangelical Christians Veliko Petranov, Peter Musevi?, Ivan Neikov and c. Daniel, who was arrested in Abu Dhabi because of his activities.

Vasil Levski and Georgi Benkovski repeatedly Dodge into Hannah red Stoyan (Stoyan Angelov), one of the first Evangelical Christians in Pazardjik. Such is the role of pastor of the Evangelical Church in Bitola, Dr. Vazazakis. Protestants from Chirpan, Stefan Balabanov (tailor) and Rad Manev (gunsmith) assist actively in the preparation of the uprising.

But perhaps the strongest example (and at the same time the most unfamiliar to the reader) is described in the novel under the yoke of another Bulgarian Evangelical believer, who is assigned to detachment of Panayot Volov and formulate the cherry-tree marble. When Georgi Benkovski collects the rebels in oborishte before announced uprising, says: “let the protestantin?t to deliver a prayer.”

Protestantin?t is Findžikov, the historical figure Juan, which became the prototype of the cvetu?iâ image of Borimechkata described by Ivan Vazov. The words of the prayer in the Findžikov’s daughter said, Radka Kaloyanova, were: “the Lord God, who created heaven and Earth, who helped many, confident of you, help us today to have collected in the case” (BBD: heralds of truth).

After the liberation in 1878, the mission Miš?n?ri Herald magazine of the American Board, published in Boston, wrote: “protestantskiât preacher Arrived in Edirne. The Governor of the southern Bulgarian [Arkady Stolypin], who lives there, was a Russian General and a strong Protestant [ski believer]. He holds the Protestant services (led by his personal chaplain) each Saturday at the Governor’s residence. ”

Kapelanska-enhanced activity continues during the wars for National Union (1912-1918) in the form of religious enlightenment and spiritual care. More than 40 evangelical Baptist believers fight in the Bulgarian army, of whom two died. With the permission of the Chief of general staff of the Bulgarian army is handing out Christian pamphlets and Gospels of the soldiers and wounded. Baptist pastors visit in 1913, with the permission of the Prime Minister’s Office in Svilengrad parts currently on v?rluva?ite epidemics. In the course of the first Balkan war, by permission of the Serbian command,

You may be a MONSTER PASTOR if…

You may be a MONSTER PASTOR if: 1. Are always right and never wrong. 2. Cannot accept criticism without becoming defensive. 3. Are not…