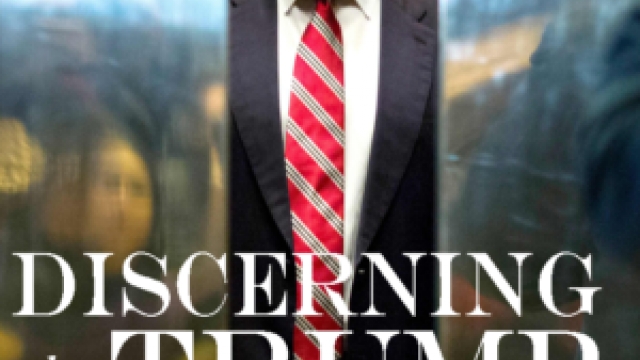 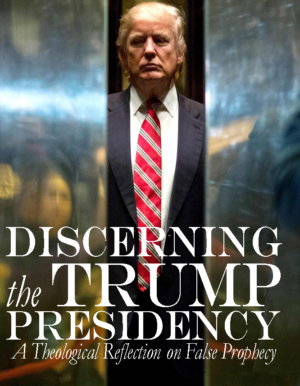 The Rev. William De Arteaga’s book, On Discerning Trump’s Character and Presidency, is an assault on the claim made by many Evangelicals, that Trump is a modern “Cyrus” ordained by God to bring America back to righteousness. Rather, it seems increasingly clear that the original prophecies about this were bogus. De Arteaga documents earlier incidents of false prophecy in Church history before going on to expose the falseness of Mark Taylor’s Trump Prophecies, which as the main source of the Trump-Cyrus assertion. The Rev. De Arteaga documents how Trump’s unethical speech and behavior, and the Evangelical’s apology for these, have practically stopped undecided American youth from accepting the Gospel (i.e. who wants to be like Trump?) A horrible turn of events unnoticed by most Trump supports as they continue to idolize his leadership.

President Trump’s refusal to unequivocally denounce the outlandish and destructive conspiracy theory QAnon which is infiltrating the Republican Party is the latest example of his ignorant and immature leadership. The Rev. De Arteage examines Trump’s political and moral failing in his book, Discerning Trump’s Character and Presidency. Here is an insightful section from De Arteaga’s book, where the author shows how  William Buckley, the editor of national Review and intellectual head of the Republicans, handled a dangerous conspiracy theory group of the 1960’s, the John Birch Society.

Sadly, this is a situation [Republican Party’s failed leadership] contrasts with the Republican Party of earlier decades. A key factor in the difference is that in the 1960s and 1970s, American conservatives and Republicans were graced with the leadership, intelligence and wit of William Buckley Jr. (1925-2008), founder of the National Review. As a devote Christian and Catholic, he clearly saw the underlying spiritual aspects of the political area, and battled against harmful extremisms that haunted the Republican Party edge. Early on in his career as political columnist he quit the conservative political journal American Mercury, because of its increasing anti-Semitism – a root spiritual dysfunction.[1] 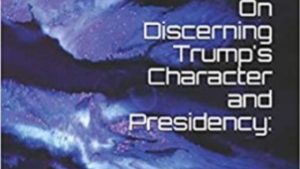 Discerning the Trump Presidency A Theological Reflection on False Prophecy

But Buckley’s greatest gift to the Republican Party was in his leadership in opposing an extremist group, the John Birch Society. This ultra-conservative group thrived on conspiracy theories, and believed, for instance, that President Eisenhower was a “conscious tool of the Community conspiracy on America.”[2] And, as another example, the Birchers believed that the plan to fluoridate drinking water to prevent tooth decay, then starting to be implemented, was also a communist conspiracy to weaken and poison the American people.[3]

Buckley led the struggle to counter this wacko, but influential conspiracy group. In 1961 he organized a secret meeting of Republican luminaries, including Russell Kirk and Senator Barry Goldwater. Goldwater was by then known as “Mr. Conservative,” and went on to become the Republican presidential nominee in 1964. Goldwater admired the passion and dedication of the John Birchers, but understood they held to serious delusions. Buckley’s group organized a multi pronged attack on the John Birchers. Goldwater toured the country praising the patriotism of the Birchers, but pointing out the logical and historical fallacies of their doctrines. Buckley published a series of blistering attacks on the John Birch Society and its leader John Ealsh, in the National Review. All this had the effect of marginalizing the Society from Republican ranks.[4]

[1] That many Republicans of the 1960s shared a deep suspicion for the Jews in America is partially understandable. Many of the Jewish migrants who came to American in the 20th Century were often secularized and alienated from religious Judaism, and placed their trust in radical politics, as in anarchism and Marxism. Buckley spiritually discerned, that in spite of that historical situation, anti-Semitism was evil. Here I must confess that as a young man and passionate Democrat in the 1960s I considered Buckley as a political jerk rather than the prophet he was. I am consoled by what Sir Winston Churchill once said: “If you are not a liberal in your youth you have no heart, and if you are not a conservative in your old age you have no brains.”

[2] The similarities between the Tea Party and the John Birch Society has been noted by various writers. In fact the Tea Party included many of the now gray-haired John Birchers. See Adam Gopnik, “The John Birchers’ Tea Party,” New Yorker, posted: October 11, 2013. http://www.newyorker.com/news/daily-comment/the-john-birchers-tea-party

[3] For a book length study of the Society see, D. T. Mulloy, The World of the John Birch Society: Conspiracy, Conservatism, and the Cold War (Nashville: Vanderbilt University Press, 2014).

[4] All of this is described by Buckley himself, who calls it the “Palm Beach Conspiracy.” See his article, “Goldwater, the John Birch Society, and Me,” Commentary. Posted March 1, 2008.   https://www.commentarymagazine.com/articles/william-buckley-jr/goldwater-the-john-birch-society-and-me/   More details of Buckley’s campaign against the John Birch society are found in my article in Pneuma Rview, “Sinfulness and Destructiveness of Conspiracy Theories”  June 29, 2015 Pneuma Review http://pneumareview.com/the-sinfulness-and-destructiveness-of-conspiracy-theories/ 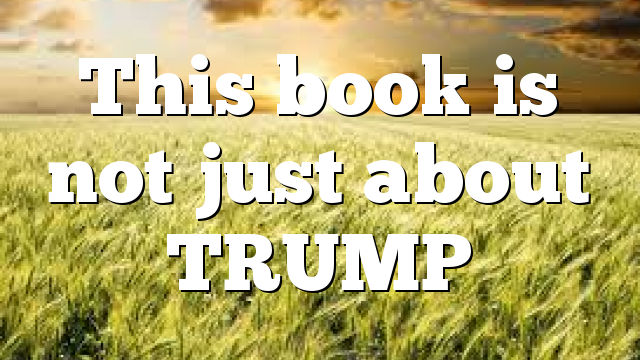 This book is not just about President Trump. It is about every empire in history that has tried to usurp and use the Church in its political agenda. It is about the Last Days bewitchfull silencing of the true prophetic voices and replacing them with those of the false prophets. The ones who have sold out their anointing for political influence, financial gain or simply to be noticed in the vast wilderness of this present world. But ministry especially in the prophetic is not for sale. God still guards His Word with jealousy.
The author, William De Arteaga, Ph.D. is no small-time scholar. His best-selling book “Quenching the Spirit” has crossed many denominational boundaries transcending into the Biblical Charismata and advancing the work of the Kingdom. His historical essay on Agnes Sanford speaks to the women ministering in Pentecost opposing the cross-gender agenda. The recent publication on The Public Prayer Station proposes a new open paradigm for Christian ministry in the midst of physical and spiritual pandemic. And the book on Graceful Aging completes his public theological address to all generations touched and transformed by the eternal Spirit of God.
In a sense, this book is long overdue as it covers a much-needed research starting with the early forming of the historic evangelical vote prior to the 2016 presidential elections. Each chapter was birthed on the pages of the largest Pentecostal discussion group on the internet, PentecostalTheology.com. Each page was shaped by the painful reality of cross-genderism, racial protests, political unrest and hostile secularism in post-Christian America. Which also makes it a very timely book that transcends our current political and historic reality and speaks against every future empire aggressively enchanting the Christian Church into a spiritual agenda for globalism and world order that opposes the already, but not yet coming Kingdom of God.

The Obedience of Faith

The Obedience of Faith This lesson is taught by Dr. Paul Lee http://andnowyouknowmore.blogspot.com Lesson 3 from the series, “Faith”