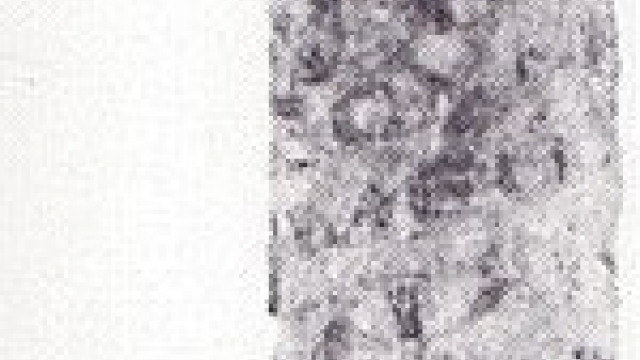 1 Thes 4 is very very clear in the chronology of events and a total eschatological order 1 Thes 5 proceeds based on that order that Paul has established in ch. 4 so do 2 Thes 1-2 you can accept that or not but it is what the apostle Paul is saying And he knew his stuff having gone to the heavens and back

He employs the term κελεύσματος, (shout,) and afterwards adds, the voice of the archangel, by way of exposition, intimating what is to be the nature of that arousing shout—that the archangel will discharge the office of a herald to summon the living and the dead to the tribunal of Christ. John Calvin

Paul is invoking an eschatological – apocalyptic scenario where 98% of the scenario is left to be filled in by the reader. Not sure what can be assumed about the Thessalonian’s familiarity with Second Temple Apocalyptic literature but that isn’t the problem. Paul invokes the scenario as if they were familiar with it. In the apocalyptic literature divine commands are often delivered by a subordinate agent, for example the opening of the seals in the Apocalypse where The Lamb opens the seals but a command is given by one of the living beings: Rev. 6:1 Καὶ εἶδον ὅτε ἤνοιξεν τὸ ἀρνίον μίαν ἐκ τῶν ἑπτὰ σφραγίδων, καὶ ἤκουσα ἑνὸς ἐκ τῶν τεσσάρων ζῴων λέγοντος ὡς φωνὴ βροντῆς· ἔρχου. J. Weima[1] disagrees, he thinks that αὐτὸς ὁ κύριος nails down ὁ κύριος as the agent of κελεύσματι. I don’t follow that. ἐν κελεύσματι is an attendant circumstance. The pronoun αὐτὸς ὁ κύριος draws attention to identity of the agent in the main verb καταβήσεται ἀπ᾿ οὐρανοῦ. Ran across a somewhat tangential observation about the constituent order in this passage. αὐτὸς ὁ κύριος is a point of departure followed by a long marked focal constituent ἐν κελεύσματι, ἐν φωνῇ ἀρχαγγέλου καὶ ἐν σάλπιγγι θεοῦ in the pre-verbal slot[2]. This doesn’t particularly address the question at hand but I thought someone might like to read this paper. [1] a Google search: φωνῇ ἀρχαγγέλου who is speaking, delivered among others J. Weima 2014, 1-2 Thessalonians (Baker Exegetical Commentary on the New Testament) By Jeffrey A. D. Weima, 2014 [2] See page 25, Greek Word Order in 1 Thessalonians 4:13–5:11

PURPOSE It is most clearly presented in 1 Thessalonians 4:13-18 which encourages living Christians that, at the Rapture, they will be reunited with those who have died in Christ before them. There is NO encouragement in telling the church it will go through the Tribulation. Paul negates such claim with the emphatic imperative he uses in the passage.  This is proven by the context of Paul’s “SOON URGENCY”

The Amplified BIBLE relates it in more detail: Then we, the living ones who remain [on the earth], – this is important for understanding what Paul is saying

Although then denotes “succession in enumeration,’ it does not necessarily indicate any long interval and in fact 1 Corinthians 15:51-52 makes clear that no appreciable interval between the raising of the dead in Christ and the transformation of the living saints is implied.

The fact that Paul uses the first person plural (we) (see discussion of use of “we” in v15) strongly suggests that he fully expected to meet the Lord in the air.

shall simultaneously – the Greek is empathic here It all happens AT THE SAME TIME as NO other resurrection in human history. BTW the SHALL is not only a promise, it is phrased as a result of covenant living

be caught up – the Greek, the Latin are all clear what this word means and why it cannot be arrival, landing etc  (harpazo from haireô = take, in NT only in middle voice = haireomai = to take for oneself, to choose; akin to airo = to raise up) means to snatch up or way, to seize or seize upon, to steal (see comparison to klepto below), to catch away or up, to pluck, to pull.Jesus touching earth physically Does Paul really describe a “rapture“? That seems to be the question of many skeptics and scoffers. They argue that the word “rapture” is no where to be found in Scripture. In addressing their argument, it behooves us to keep in mind that the Latin Vulgate was the primary Bible translation utilized for one thousand years preceding the Reformation. In short, the Latin Vulgate “reigned” as the primary Bible translation longer than any other translation. In the Latin Vulgate the Greek word harpazo was translated “rapiemur” which is clearly related to our English terms “Rapture” or “raptured“. So those detractors who argue that the term Rapture does not appear in the Bible are only expressing their ignorance and are obviously unaware of the prominence of the Latin Vulgate translation in church history.

Pls NOTE here the word Meet  (apantesis from apantáo from apó = from + antáo = to come opposite to, to meet especially to meet face to face) describes a meeting especially a meeting of two who are coming from different directions. In all ORIENT cultures it is used for wedding or otherwise celebration. No such celebration is described in Revelation or anywhere else with the timing of mid or post rapture. The meaning of apantesis writing that “In Hellenistic Greek the expression had become a kind of technical term denoting “a ceremonial meeting with a person of position. In papyrus usage it was used of an official delegation going forth to meet a newly appointed magistrate, or other dignitary, upon his arrival in their district.” We see many Church fathers use  it when writing about pre-trib rapture

in the clouds to meet the Lord in the air; – the double repetition clouds/air is worth looking into. Paul does not need to specify LOCATION If he meant the 2nd coming he could have just said it This is NOT how he explains it though – indicate the Church going up in the heavens which many today deny as they did in the times of Paul and the Thess

Now to your point of the timing – it is clear from the text this is not Christ’s final and physical return on Earth WITH his Saints to establish HIS Kingdom. Paul is pretty clear this is a different cloud/in the air event FINALLY following seven evidences point to a pretribulational rapture. They create a far more compelling case than the reasoning given for any other time of the rapture.

The common NT term for “church” (ekklesia) is used 19 times in Revelation 1–3, a section that deals with the historical church of the first century toward the end of the apostle John’s life (ca. AD 95). However, “church” is then used only once more in the twenty-two chapter book, and that use is at the very end (22:16) when John returns to addressing the first-century church. Most interesting is the fact that nowhere during the period of Daniel’s seventieth week is the term for “church” used for believers on earth (cf. Rev. 4–19).

It is unexpected that John would shift from detailed instructions for the church to complete silence about the church in the subsequent 13 chapters if, in fact, the church did continue into the tribulation. If the church will experience the tribulation of Daniel’s seventieth week, then surely the most detailed study of tribulation events would include an account of the church’s role—but it does not. The only timing of the rapture that would account for this frequent mention of “church” in Revelation 1–3 and the total absence of the “church” on earth until Revelation 22:16 is a pretribulational rapture which will relocate the church from earth to heaven prior to Daniel’s seventieth week.

Looking at this observation from another perspective, it is also true that nowhere in Scripture is it taught that the church and Israel would coexist as the centers for God’s redemptive message and yet remain mutually exclusive.

Today, the church universal is God’s human channel of redemptive truth. Revelation gives indications that the Jewish remnant will be God’s human instrument during Daniel’s seventieth week. The narrative abruptly shifts from the “church” in Revelation 2–3 to the 144,000 Jews from the twelve tribes in Revelation 7 and 14. Readers must ask, “Why?”

Further, because Revelation 12 is a mini-synopsis of the entire tribulation period and because the woman who gave birth to the male child (Rev. 12:1–13) is Israel, then the Tribulation period focuses on the nation of Israel, not the church. How could this be? Because a pretribulational rapture has removed the “church” from the earth prior to Daniel’s seventieth week.

First, if God miraculously preserves the church through the tribulation, why have a rapture? If it is to avoid the wrath of God at Armageddon, then why would God not continue to protect the saints on earth (as is postulated by posttribulationism) just as He protected Israel (see Exod. 8:22; 9:4, 26; 10:23; 11:7) from the wrath He poured out on Pharaoh and Egypt. Further, if the purpose of the rapture is for living saints to avoid Armageddon, why also resurrect the saints who are already immune at the same time?

Second, if the rapture will take place in connection with the Lord’s posttribulational coming, the subsequent separation of the sheep from the goats (see Matt. 25:31 ff.) will be redundant. Separation will have taken place in the very act of translation.

Third, if all tribulation believers are raptured and glorified just prior to the inauguration of the millennial Kingdom, who then will populate and propagate the Kingdom? The Scriptures indicate that the living unbelievers will be judged at the end of the tribulation and removed from the earth (see Matt. 13:41–42; 25:41). Yet, they also teach that children will be born to believers during the millennium and that these children will be capable of sin (see Isa. 65:20; Rev 20:7–10). This will not be possible if all believers on earth have been glorified through a posttribulational rapture.

Fourth, the posttribulational paradigm of the church being raptured and then immediately brought back to earth leaves no time for the Bema, i.e., the Judgment Seat of Christ to occur (1 Cor. 3:10–15; 2 Cor. 5:10), nor for the Marriage Supper (Rev. 19:6–10). Thus, it can be concluded that a posttribulational time of the rapture is incongruous with the sheep-goat nation judgment, and, in fact, eliminates two critical end-time events. A pretribulational rapture avoids all of these difficulties.

God’s instructions to the church through the epistles contain a variety of warnings, but never do they warn believers to prepare for entering and enduring the tribulation of Daniel’s seventieth week.

Suppose, hypothetically, that some other rapture timing besides pretribulational is true. What would one expect to find in 1 Thessalonians 4? How does this compare with what is actually observed?

Third, one would expect Paul, even in the absence of interest or questions by the Thessalonians, to have provided instructions and exhortation for such a supreme test, which would make their present tribulation seem microscopic in comparison. But not one indication of any impending tribulation of this sort appears in the text.

First Thessalonians 4 fits only the model of a pretribulational rapture. It is incompatible with any other time for the rapture.

FacebookTwitterSubscribe
Subscribe to receive all news to your email or phone: [wysija_form id="1"]
4:16exegeticallyinterpretedpre-tribrapturethessalonians