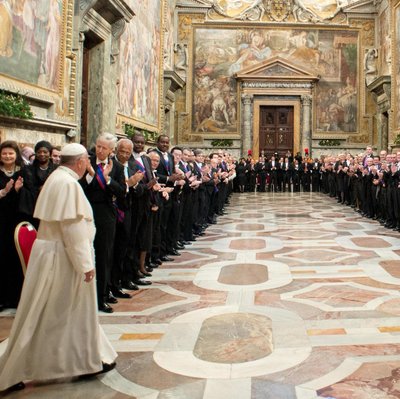 Pope Francis has declared that abortion, which remains a “grave sin” in the eyes of the Catholic Church, can be absolved by ordinary priests for the foreseeable future — instead of requiring the intervention of a bishop. The change was implemented on a temporary basis, for one year only, as part of the Catholic Church’s “Year of Mercy,” which began last December and ended on Sunday. In a letter released on Monday, the pope announced that the change was being extended indefinitely.

THE TWO-WAY: Pope Calls Abortion Evidence Of ‘The Throwaway Culture’

“I wish to restate as firmly as I can that abortion is a grave sin, since it puts an end to an innocent life,” the pope wrote in the letter. “In the same way, however, I can and must state that there is no sin that God’s mercy cannot reach and wipe away when it finds a repentant heart seeking to be reconciled with the Father. May every priest, therefore, be a guide, support and comfort to penitents on this journey of special reconciliation.”

“Because the Roman Catholic Church holds abortion to be such a serious sin, it had long put the matter of granting forgiveness for it in the hands of a bishop, who could either hear the woman’s confession himself or delegate that to a priest who was expert in such situations,” The Associated Press explains.