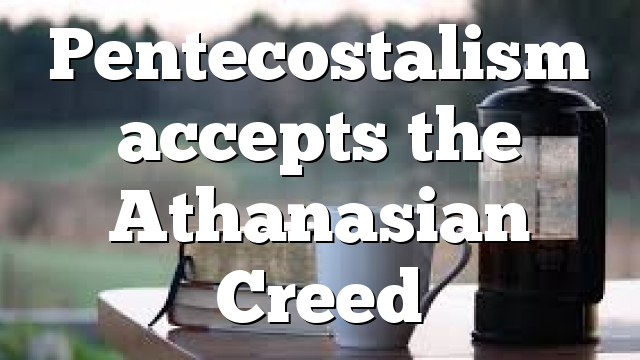 Is it consistent with Pentecostalism to accept to Athanasian Creed?

If so, and if those who do not are not understand some of the details and therefore do not believe them are not saved as the creed implies, why don’t Pentecostals go over all the details of the creed and confess faith in it before they are considered saved?

Do people have to believe every line of the Athanasian Creed to be saved, including the parts that say that those that don’t believe it aren’t saved?