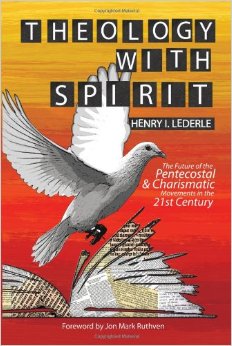 ONE OF THE most significant features of twentieth century
religious life has been the phenomenal growth of Pentecostalism.
Although this development has not been so dramatic in Great Britain,
certain parts of the world have witnessed its sudden upsurge. People
react to the word “Pentecostal” in many ways. On the one extreme
there are those who dismiss the whole movement as mere fanaticism
and the product of an unbalanced mind. The other end of the
spectrum is the belief that the distinctive Pentecostal theology is the
one exclusive way of understanding God’s activity today. We must
beware of prejudice on this matter, from all our viewpoints. The aim
of this article is to give an outline of the main theological beliefs
which Pentecostals hold in common. At the outset it is important to
define what we mean by the word “Pentecostal”. Our main task is
to consider the beliefs of the so-called “classical” Pentecostal groups
in this country which developed in the earlier part of this century,
the major ones being the Apostolic Church, the Assemblies of God
and the Elim Pentecostal Church. Since the 1960s many people
within the main denominations, including the Roman Catholic
Church, have entered into a new experience of the reality of the Holy
Spirit. Sometimes these people are called Neo-Pentecostals or members
of the “Charismatic Movement”. They owe much to the earlier
Pentecostals although there are certain differences. However, within
the limitations of this article we will not be able to discuss this later
development in detail.
It is important to realise that the Pentecostal believes he can align
himself with the traditions of the main body of the Church. A
publication written on behalf of the British Pentecostal Fellowship
states: “Indeed, it could be safely affirmed that the Pentecostal
Movement as a whole could heartily subscribe to the Apostles’
Creed.” 1 It is an unashamedly fundamentalist movement, taking a
literal interpretation of scripture. Biblical criticism is rejected, often
as satanic. This attack was particularly vicious in the embryonic
stages of the movement. The theory of evolution is frequently criticised.
There is a great stress on a particular view of eschatology. For
instance, every Elim minister must adhere to the tenet: “We believe
in the personal and pre-millennial return of our Lord Jesus Christ
to receive unto Himself the Church, and afterwards to set up His
throne as King”.2 Pentecostal hymns look forward with joyful anticipation
to the imminent Second Coming of Christ. Of course, this
particular interpretation of Christian faith is by no means the
exclusive preserve of Pentecostals.

Today we look at the history of the Garden tomb

Today we look at the history of the Garden tomb in Jerusalem, Israel. To fully understand this post please read the post, dated February…