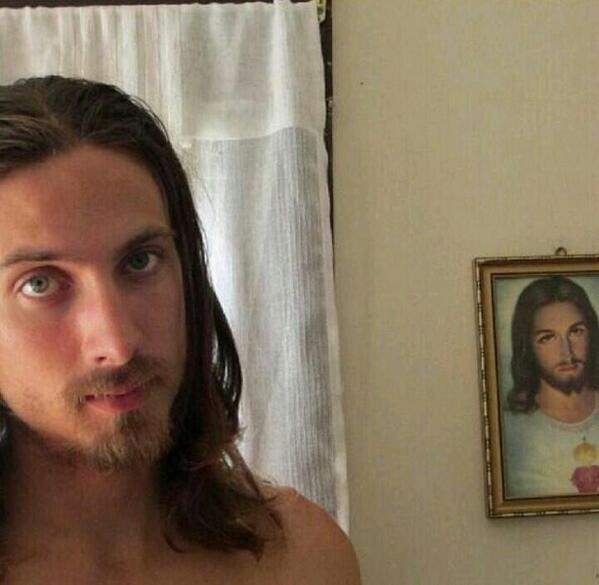 In preparation for the release of the new Jesus movie (The Young Messiah), can we definitively say that the wine at marriage of Cana was the first miracle of Jesus based on John2:11. Since some of us will be asked when it probably shows him healing a bird or perhaps people?

Tom Steele [03/11/2016 2:26 PM]
That’s a point to consider. I haven’t paid much attention even to the previews. After the abomination they made out of Noah and the fact that even Mel Gibson embellished in “The Passion Of The Christ” (like, with that scene of Jesus as a boy building a table or something, been so long since I actually watched it), I can only imagine how much embellishing they will need to do for a movie that is composed of a very small portion of the life of Christ that is barely mentioned in Scripture at all. I do hope it is a good movie and doesn’t deviate too far from Scripture, but with what I have seen lately, just not so sure.

Ricky Grimsley [03/11/2016 2:34 PM]
I was intrigued by the story since she said she converted to catholicism and wanted to use her writing gift for god.

John Conger [03/11/2016 2:50 PM]
Some of the psuedopigraphas deal with Jesus as a child. Even killing other kids. I’m afraid of nonsense like that when I hear of these kinds of things. Like the da Vinci code and the huge curiosity it stirred in the public over the secrets of Jesus. Based on this “newly” found book that we’ve know about forever but dismissed.

Stan Wayne [03/11/2016 3:38 PM]
If you look at the words of Knowlege that Jesus did both before his first and second signs and the fact that in Jerusalem he did other signs it seems John has particular numbered signs in mind and that Jesus did do other miracles or verbal giftings at least that do not fit into the numbering. (John lists 7 signs)

“Nathanael saith unto him, Whence knowest thou me? Jesus answered and said unto him, Before Philip called thee, when thou wast under the fig tree, I saw thee. Nathanael answered him, Rabbi, thou art the Son of God; thou art King of Israel.”
John 1:48-49 ASV

“Now when he was in Jerusalem at the passover, during the feast, many believed on his name, beholding his signs which he did.”
John 2:23 ASV

“for thou hast had five husbands; and he whom thou now hast is not thy husband: this hast thou said truly. The woman saith unto him, Sir, I perceive that thou art a prophet.

Troy Day [03/11/2016 4:30 PM]
Is this the type of extra-Biblical type of knowledge Jim Price is advising us to consult with here http://www.pentecostaltheology.com/theology-real-theology-is-building-a-system-of-faith/

Ricky Grimsley [03/11/2016 6:06 PM]
Maybe. Im certainly not going to watch the movie and derive any theology from it. I do however like to ask questions. And i like to answer them. If someone says what do you think about this movie ill be able to answer having seen it and knowing the scriptures. Its not like i going to get a sermon from it.

You wouldn’t think the author of erotica and vampire stories would do a good job depicting Jesus’ life as a child and in the case of “The Young Messiah” you’d be right. There’s nothing wrong with wondering and even speculating about our Savior’s childhood but to directly contradict what we do know is a problem.

For example, the Bible is very clear that Jesus performed no miracles until after his baptism by John. It is important for us to understand that our Lord had to go through the same challenges we face with with the same tools we have. Thankfully the movie stays true to the virgin birth and a sinless life which are certainly an advantage we can all partake in through His atoning work but the liberty it takes with the mystical powers of this young child places it in the category of bleeding statues and the most recent Noah debacle. I’d recommend skipping this one but that’s just my opinion.

http://youtu.be/P9fBgteR7wo Message was originally intended for Wednesday Night 1/29 but our service was cancelled because of weather.