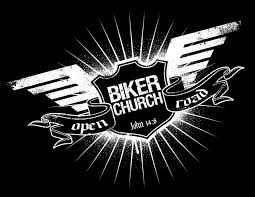 There are many varieties of pentecostalism in and around Cleveland,Tn.. The emphasis here is on the word UNION.

Terry Wiles [01/29/2016 1:57 PM]
When Methodists became UNITED Methodists those who held to the unchanging word were nuturalized.

Stan Wayne [01/29/2016 2:24 PM]
Funny – I ran into a Motorcycle Church of God from Cleveland who saw their motorcycles in the visions of Ezekiel – the 12 apostle slots were taken so since I was a seminarian they offered me one of the slots in the 70.

Jim Price [01/29/2016 2:46 PM]
I wonder if we shouldn’t give more respect to the word “compromise” as I read Acts I see where the apostles had to reach compromises in chapter after chapter about the foods they could eat, the day they took as the sabbath and their attitude toward circumcision. They had to revise their thinking about gentiles and much more. If Paul couldn’t count himself as having apprehended and that he only saw through a glass darkly then why should we think that we have perfect understanding? Perhaps we should have more confidence in the gentle leading and teaching of the Holy Spirit, not only for ourselves but also for others as well. After all we make many compromises in our marriages and with our children or else we couldn’t hold the family unit together. In business, law and medicine; compromise is necessary.