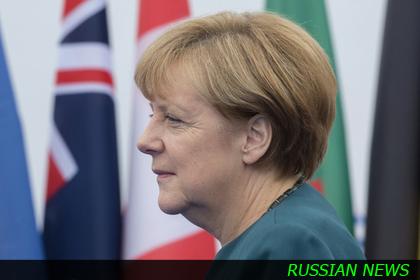 German Chancellor Angela Merkel announced on the date of entry into force of the new sanctions against Russia. The European Commission to prepare a new punitive measures in case of need.

he Eu sanctions against Russia will take effect on Monday, February 16. This information confirmed the German Chancellor Angela Merkel on Thursday, February 12, at the end of the EU Summit in Brussels. She said the penalties were a response to attacks on pro-Russian separatists from Mariupol, according dpa. The new sanctions include a visa ban and seizure of property in the EU for 19 individuals (14 Russians and five Ukrainians) and nine organizations. A list of names has not been made public. However, the Summit called upon the European Commission to prepare a series of regular sanctions against Russia in case of need. Merkel noted that the EU has the “opportunity to respond to the actions of Moscow. Following the February 12 agreement on a ceasefire in the East of Ukraine, the Chancellor stressed that Russia “for words now must be followed by deeds.”

According to Yelp page, Memories Pizza WAS closed. A family-owned Indiana pizza shop that was forced to close its doors after the owners said they…