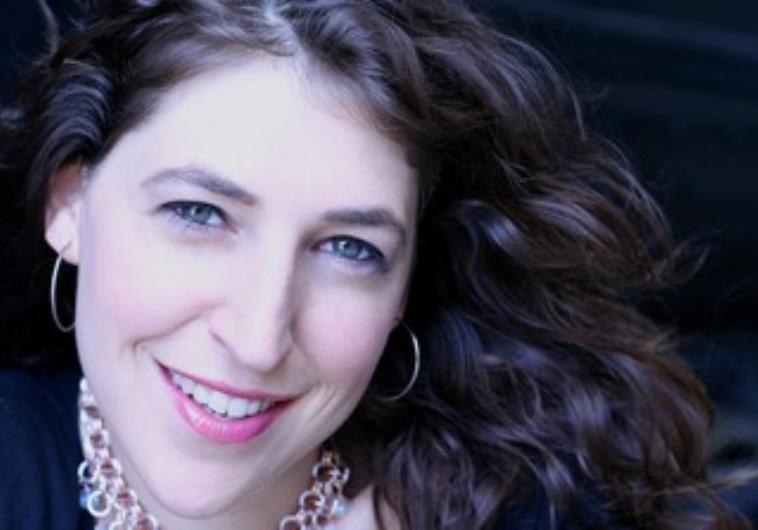 Mayim Bialik, a Jewish actress known for her role as “Blossom” in the self-titled NBC sitcom and for her role on the hit show The Big Bang Theory, has told Fox that she has received hate mail and anti-semitic messages because of her faith.

The latest flare-up came after she went to visit a friend in Israel.

“I’ve gotten a lot of negative attention for visiting Israel,” she told FOX411. She was visiting a friend in the Israel Defense Forces. “That’s what’s amazing…simply by going to Israel this summer and saying nothing more than, ‘I’ve gone to Israel,’ I got the same amount of hatred and threats and anti-Semitism for actually making a statement trying to support people whether I like it or not are serving in an army.”

“That reveals the truth. It really doesn’t matter what I support or believe the fact that I’m Jewish and go there is enough – that should be alarming to most people.”

And while the majority of the comments came from fans, she says Hollywood is not welcoming to people who have a strong faith.

“I think in general it’s never going to be trendy to be observant or religious in Hollywood circles,” she said candidly. “There are people I know of faith and we tend to congregate together. I study Jewish texts weekly. That’s something really positive to me when you’re a person of faith, it stays with you all the time.”

Bialik, who has a degree in neuroscience, is often challenged by her Hollywood peers about how she can be a scientist and a person of faith.

She has also received condemnation for her stance on modesty.

“Being a modest dresser, that for me is a certain amount of my religious faith — privacy and chastity. Just because I have a body, doesn’t mean it means to be on display.”

“It’s important, especially for children and men and my sons to hear I’m not ashamed of my body, I just don’t feel the need to display it with two tiny pieces of fabric when I want to go swimming.”

Dustin-Irina Miller [08/31/2015 3:53 PM]
First off I am perplexed as to why people even send her hate mail for going to Israel… Am I missing something? Whats wrong with people?

Shawn Herles [08/31/2015 10:06 PM]
The progressive Left hates Israel and hates people of faith. I admire her for staying strong in her religious and moral convictions while still working in Babylon.

John Kissinger [09/01/2015 12:55 PM]
well the BIG BANG theme song sure is an anti-Bible brain washing tune that sticks: “Religion and astronomy, Descartes and Deuteronomy, It all started with the Big Bang hay !!!!!!” http://bigbangtheory.wikia.com/wiki/The_History_of_Everything

And Pharaoh said, Who is the Lord?

And Pharaoh said, Who is the Lord, that I should obey his voice to let Israel go? I know not the Lord, neither will…