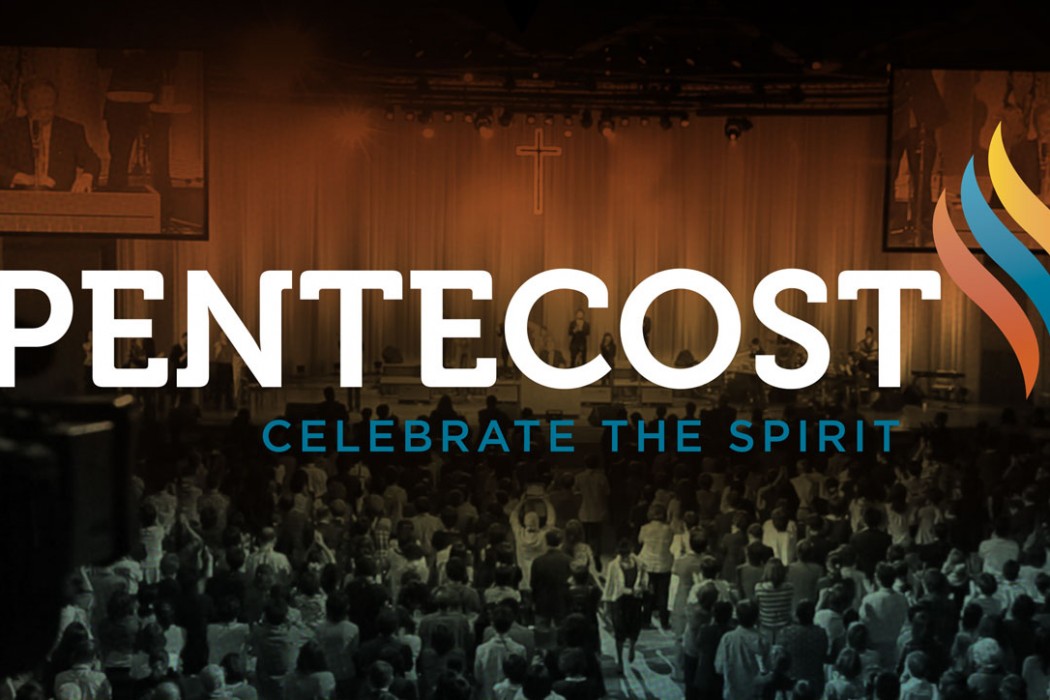 Many non-Pentecostals voices are present in this group perhaps on a search for more spirituality and theology of the Spirit. Tell us what draws you to Pentecostal Theology and the move of the Holy Ghost today?
William DeArteaga – Anglican
John Ruffle – Catholic
Charles Page ex-Pentecostal
Barry G. Carpenter – Baptist
Joey Kelly – independent

John Kissinger [07/16/2015 6:40 AM]
Joey Kelly is ex-denominational more applicable in your case? your answer may still be valid as a non-denominational voice in #PENTECOST

William DeArteaga [07/16/2015 7:00 AM]
I entered the Charismatic movement about 1974, and I saw immediately the miracles as a validation of the miracles in scripture and saints accounts of old. I than began studying the Pentecostal movement via Vincen Synon’s books. I then understood how much a debt we owed to the Pentecostals. I enjoy visiting Pentecostal churches, but I like the presence of sacramental worship I find in Anglicanism. I find many Pentecostal theologians excellent. Every morning I go online and do the Episcopal/Anglican daily readings, then I read an article or two from First Things (Catholic/evangelical), see what is new in Christianity Today, and finish with Pneuma Review.

John Kissinger [07/16/2015 7:01 AM]
Is there still difference b/w Charismatics and Classic Pentecostals?

Henry Volk [07/16/2015 7:40 AM]
I was raised in Classical Pentecostalism and converted to Confessional Lutheranism.

John Ruffle [07/16/2015 8:04 AM]
.
We may need to re-examine how many Christians there are who remain comfortable with the term ‘charismatic’.
The Anglicans from the Holy Trinity Brompton (HTB) London charismatic stream (the Rt. Rev. Justin Welby, the present Archbishop of Canterbury, is one) seem to identify with neo-Pentecostalism, and certainly not with classical Pentecostalism.

HTB was influenced greatly by the late John Wimber and his ‘Third Wave’ so-called. Wimber really cannot be blamed for what I consider to be a highly confusing term, as Fr. Michael Harper (of the Fountain Trust, and still Anglican at the time – he ended his days in the Orthodox Church) had pointed out in the late 1970s that he felt the Charismatic Movement had lost its direction.

Wimber (although the input of prior David Watson in York must be also acknowledged) was the one who has possibly had more responsibility for the recent growth of the evangelical wing of the Church of England than any other single person.

Despite my dislike of the term ‘Third Wave’, it is important to note that there is a clear disconnect between the pneumatology of the Wimber / HTB movement and the earlier Charismatic Movement. The Charismatic Movement enjoyed a shared pneumatology with classic Pentecostalism, and can trace its roots back to Azusa Street at the beginning of the 19th century.

The ‘Third Wave’ has emerged in a far more post-modern context, and as such, the theology of the movement is less clearly defined, especially in relation to the ‘in-filling of the Holy Spirit’, with evidence-signs following as a clear optional extra.

Holy Trinity Church, Hounslow, (an Anglican Church not to be confused with HTB, and the place where Michael Harper was assistant rector at the height of the Charismatic Renewal in the mid-1970s) was holding charismatic Eucharists on Sunday nights regularly right through until 2007, when the new incumbent, Malcolm Herbert, taking an unexplained dislike to the service, promptly put a halt to it. That series of Charismatic meetings, ecumenical in nature, had survived virtually unchanged for 30 years, and included glossolalia, interpretation, prophecy and the imposition of hands in healing prayer.

Significantly, the most recent vicar, Rev. Stu Wright is a product of the HTB strand. So it could be hypothesised that the Third Wave has subsumed the Charismatic Movement in a theology and pneumatology that is quite distinct from Pentecostalism as is still practiced in denominations such as Elim and the Assemblies of God, at least here in the UK. In fact, these semi-liturgical Anglican churches in the main stream here in the UK are far more closely aligned with the independent post-denominational churches that tend to share some spiritual DNA with some of the mega-congregations that have sprung up in N. America since the mid to late 1970s.

At the back of my mind while writing this short overview is a question that some may wish to ask. The question is what is the relationship with the ‘Third Wave’ movement and the Peter C. Wagner’s ‘New Apostolic Reformation’ (NAR)?

William DeArteaga will be in a far better position to answer this question than I am, but what I have observed, they both are synonymous, although the NAR appears to be a catch-all phrase for all post-charismatic worshipping communities, even for those who might not identify with or be familiar with the term.

In conclusion, I do find that Michael Harper’s anguish with the decline of the Charismatic renewal disturbs and challenges me to this day. Michael had agreed to do an interview with me a few years ago, but sadly, he passed away before I was able to meet him for what would have been the second time.

To settle the Charismatic question, at least for the present purposes, I would suggest that the the Charismatic renewal has gone the way all ‘movements’ are bound to go – and that is, it has dissolved itself and been subsumed in to the great and wider Body of Christ. This same phenomenon can be observed in the aftermath of the 1967-1978 Jesus Movement among the American sub-culture of that time. This is not to say that their was failure; only that God has a far greater and more expansive plan than our ‘movements’ and plans.

“The wind blows wherever it pleases. You hear its sound, but you cannot tell where it comes from or where it is going. So it is with everyone born of the Spirit.” – John 3:8, NIV.

Roger Wilkinson [07/16/2015 8:25 AM]
I thinking everybody is trying to find what the bible says and how it applies to them.
Pentecostal to Baptist, it doesn’t mean one is right and the other is wrong. I chose to follow Pentecostalism because they seem to take the bible at its word and is more mission minded in reaching others, that said I’m not suggesting the Baptist are ‘wrong’.

John Romaine [07/16/2015 9:10 AM]
On the Day of Pentecost happened in the Temple, where the disciples were given a place for them to worship. That’s why their speaking in other tongues were heard from people of different nations and those people heard the disciples speak in a language that was their language. After the Day of Pentecost the disciples were guided by the Spirit, the words of Jesus were no longer a mystery to them, and now the Holy Spirit lives IN Christians and Christ is IN Christians showing the world the love of God the Father which is the power of God.

John Ruffle [07/16/2015 9:48 AM]
To reply to the original question: I would not call myself a ‘non-pentecostal’ because I agree with the direction that penticostalist pneumatology points and myself experienced a ‘second blessing’ many years ago. I cannot contemplate a church that has lost the gifts of the Holy Spirit. I joined this group, Catholic as I am, because I had a faint glimmer of hope that theological subjects could be tackled in a mature, scholarly manner. In the main, except when I am the one sounding off at half-measure, I am very happy with you all my new friends and brothers and sisters and appreciate the topics raised.

Roger Wilkinson [07/16/2015 10:02 AM]
John. I am not catholic, nor do I endorse cathloic theology, however what you just posted seems to me like the approach of a mature humble Christian!

John Ruffle [07/16/2015 10:07 AM]
Dear brother, Roger Wilkinson.. thank you so much for your kind comment. I sense the love of Christ in you and within the group at large. Thank you for your acceptance of me, as a person, and as I Christ-follower. It is the theology of Divine Love (Biblical – not airy-fairy) that is the important thing for us all.

John Kissinger [07/16/2015 1:49 PM]
John Ruffle I agree! I do not feel charismatic describes my personal experience. To me that is some form of a wanna-be Pentecostal. If you want to be a Pentecostal you gonna have to get into some personal holiness. If you cant drink-n-drive not sure why some think they can drink-n-preach to immortal human souls #ToT Alan N Carla Smith Charles Page

John Ruffle [07/16/2015 1:57 PM]
Well, it was the holiness in the daily lives of Charismatic Catholics that really made an impact on me and it only tool me 33 years for me to become one too. In the 3rd Wave /NAR I TEND to see business models of church growth, performance orientation, lack of emphasis on personal holiness.. but I am very happy to be proved wrong.

John Ruffle [07/16/2015 2:03 PM]
In its “movement” stage the charismatics had a synergy that was tangible. It’s now far more of a personal theological paradigm which, while less dynamic, can enter into the Churches far easier by osmosis because there is nothing, generally, to join. In my experience many young Catholics in Philippines we charismatic. But they need teaching!!!!

John Ruffle [07/16/2015 2:10 PM]
(In my view, the “movenent” peaked around the late ’70s and was over by the 90s. What it did was set a role model for Christian faith and practice in this current post-modern mindset age that has re-wired the way in which we process information and relate to the outer world. It allows for openness in dialogue never befire possible, which is a great asset for penticostals who generally are pretty well founded in the Faith.)

John Kissinger [07/16/2015 2:32 PM]
Seems like the UK Baptists are more Pentecostal than the US Charismatics. I elect to preach at UK Baptist church next time I’m in the area

Jonathan Downie [07/16/2015 3:52 PM]
They vary. The church I’m in is a whole mixed bag, so you learn not to push it. I grew up in a tiny church connected to a big Aussie charismatic denomination, though. The biggest Baptist church in Scotland is really charismatic, many are very traditional. Mostly they all get on fine. Love trumps doctrine.

Charles Page [07/16/2015 7:28 PM]
all Christians are Pentecostals! otherwise they are stiff-necked, uncircumcised in hearts and ears and resisting the Holy Ghost.

ORIGIN of DEMONS (A DOCTRINAL VIEW)