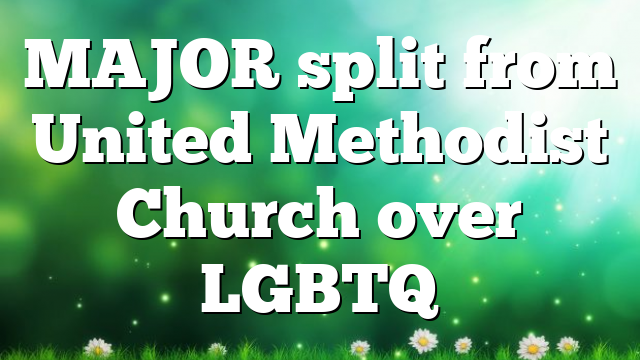 The Global Methodist Church, a new, more conservative Methodist denomination, announced Thursday it will officially launch in May, the biggest step so far in the highly anticipated split of the United Methodist Church over LGBTQ rights.

“Theologically conservative local churches and annual conferences want to be free of divisive and destructive debates, and to have the freedom to move forward together,” the Rev. Keith Boyette, chairman of the Global Methodist Church’s transitional leadership council, said in a statement. “We are confident many existing congregations will join the new Global Methodist Church in waves over the next few years.”

The Global Methodist Church’s official launch was part of a widely agreed upon plan –called the “Protocol of Reconciliation and Grace through Separation,” or the Protocol.

UMC delegates have not voted on the Protocol, meaning conditions of the plan have not received approval. A key stipulation in the Protocol is for the UMC to pay the new denomination $25 million to get started.

The Development Of Ecclesiology In The Church Of God (Cleveland, TN) A Forgotten Contribution