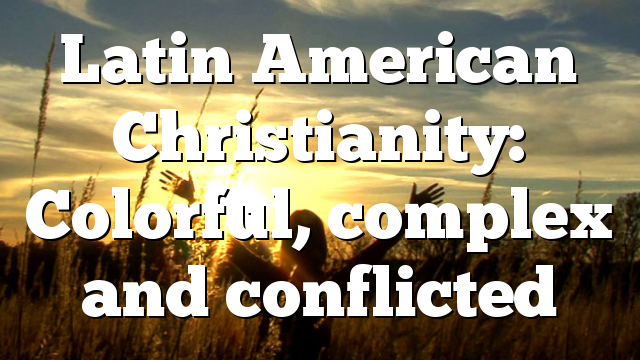 Christian History magazine is a wonderful journal. I recommend a copy of it be at the coffee table of every Christina household so that friends and neighbors would be influenced by it.

Have you noticed how many books of the Bible are historical? No accident. This is different for the scriptures of other religions, which are mostly texts of moral do’s and don’t’s or meditation practices, such as in Buddhism. Without a sense of history, a Christian will have difficulty forming a mature biblical worldview. Without this grounding, Christians fall into errors like conspiracy theories—where one believes another group is especially evil—or so-called pedestal history—where one believes the present generation is the wisest and best. ().[1]

Many Christian writes still fall into modern forms of “hagiography.” That is, writing only the positive about Christians and their ministries, and skip any sinful or negative aspects. Note that the Biblical history books are not written in that way. We learn, for instance, of David’s murder-adultery, Paul had and ugly donnybrook with Barnabus, and the “heroes” of the book of Judges all had serious faults that were not over looked.[2]

It is no accident that many books of the Bible are historical.

The current edition of Christian History, #130, “Latin American Christianity: Colorful, complex and conflicted,” is a real gem. The issue demonstrates what Christian historical writing should be. It presents the “glory and the shame” of Latin American Christianity, to quote the title of my favorite book on the Charismatic Renewal.[3] Reading it was a pleasure, as it recalled to my mind things that I had learned long ago (my MA in Latin American history is from 1970) and learned some things I never heard of.

In this issue, the editor and writers did a wonderful job of balancing the achievements of the Spanish and Brazilian evangelization of Latin America and some of the saints they produced as well as looking in on the dark sins of genocide of the indigenous people of the Caribbean, the mass importation of African slaves, and the imposition of serfdom on most of the indigenous peoples. The editor, Jennifer Woodruff Trait, an Evangelical Christian, could have accepted the Evangelical suspicion that Catholics are not really Christian, but she did not.[4]

The “Latin American Christianity” issue is divided into ten articles that cover wide panorama of issues about Christianity in Latin America plus its usual and useful sections, “Did You Know” factoids, and “Recommended Resources“ of books, web sites and videos.

Did you know that the prophetic transformed the nation?

Did you know that the prophetic transformed the nation of Jamaica before even Azusa Street? John Kissinger [12/06/2015 4:11 PM] There’s a reason for…