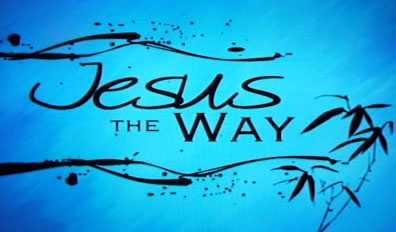 [Peter and John stood on trial before the judges of the ecclesiastical court, for preaching a sermon about Jesus Christ, and preforming a miracle in his name. This was charged upon them as a crime, which was the greatest service they could do as servants of God, and this was their defense!] “Jesus is “‘the stone you builders rejected, which has become the cornerstone.’ SALVATION IS FOUND IN NO ONE ELSE, for THERE IS NO OTHER NAME under heaven given to mankind by which we must be saved.” (Acts 4:11-12) [A miracle has been performed, and this miracle is recognized, and acknowledged; all Jerusalem knew that he was lame – lame from his birth, and that he had long begged at the Beautiful gate of the temple; and now all Jerusalem knew that he was healed!] “…they [the court] were astonished and they took note that THESE MEN HAD BEEN WITH JESUS. But since they could see the man who had been healed standing there with them, there was nothing they could say.” (Acts 4:13-14) [Here the court is set. An unusual court, was called on purpose because of this great miracle!] “So they ordered them to withdraw from the Sanhedrin and then conferred together. ”WHAT ARE WE GOING TO DO WITH THESE MEN?” they asked. “Everyone living in Jerusalem knows they have performed a notable sign, and WE CANNOT DENY IT.” (Acts 4:15-16) [In this issue of the trial of Peter and John before the council. It would seem that they came off now with great success, because they had the evidence right there before them!] “…to stop this thing from spreading any further among the people, we must warn them to speak no longer to anyone in this name.” Then they called them in again and COMMANDED THEM NOT TO SPEAK OR TEACH AT ALL IN THE NAME OF JESUS.” (Acts 4:17-18) [Now the scripture was fulfilled that the rulers would take counsel together against the Lord, and against his anointed” Psalms 2:2.] “But Peter and John replied, “WHICH IS RIGHT IN GOD’S EYES: TO LISTEN TO YOU, OR TO HIM? You be the judges! As for us, we CANNOT HELP speaking about what we have seen and heard.” (Acts 4:19-20) [Would it be right to obey men contrary to the command and will of God? When Jesus commands us to speak, would we dare to hold our tongue? O LORD: ENABLE US TO PRAY THIS PRAYER?] “Now, Lord, consider their threats and ENABLE YOUR SERVANTS TO SPEAK YOUR WORD WITH GREAT BOLDNESS. STRETCH OUT YOUR HAND TO HEAL AND PERFORM SIGNS AND WONDERS through the name of your holy servant Jesus.” (Acts 4:29-30)

Be blessed as you praise The Lord, knowing that WE WILL PERFORM SIGNS AND WONDERS IN JESUS NAME! -Bill Stockham

Is The New World Order In The Bible?

by JASON CONLEY The New World Order, or N.W.O., is a political and economic control system that has spread across the globe.  It is…