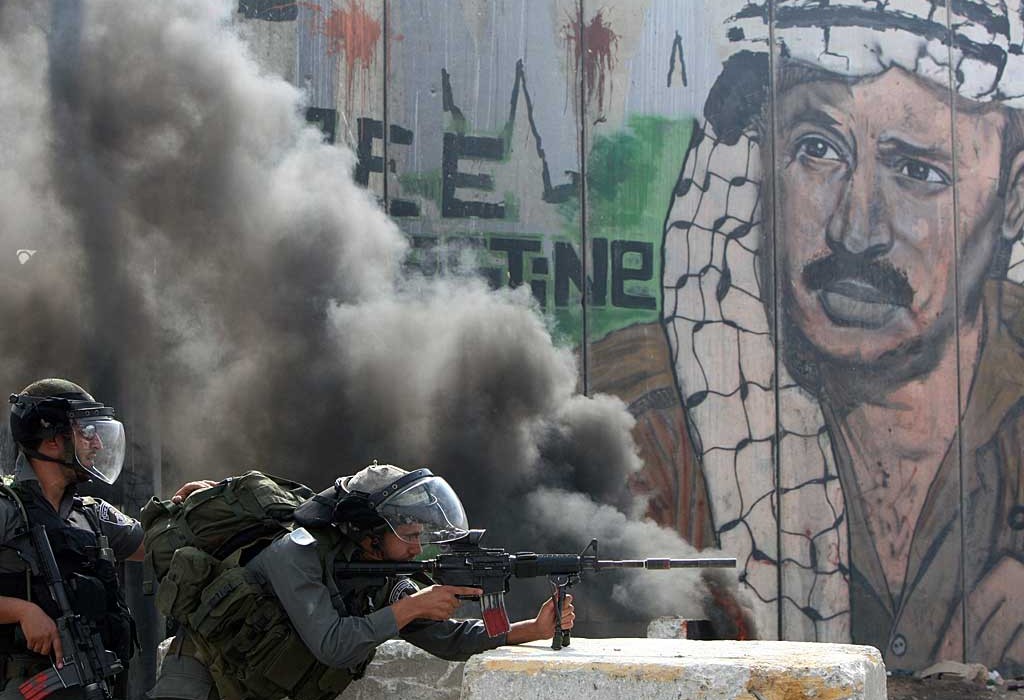 January 11, 2014 Former Prime Minister Ariel Sharon dies. The official cause of death is heart failure, although Sharon had been in a coma since suffering a stroke on January 4, 2006.

April 1, 2014 When Israel fails to release the promised last batch of prisoners in late March 2014, U.S. Secretary John Kerry heads there in an attempt to rescue the latest round of peace talks. Israel had promised to release Palestinian prisoners in four groups and released the first three groups as promised. But Israel’s failure to release the last group of 26 prisoners as well as their continued settlement expansion in the West Bank threatens to derail a peace agreement. Palestine says the peace talks will end on April 29 if Israel does not release the 26 prisoners.

April 24, 2014 The day after the Palestinian leadership announces its new unity deal with Hamas, Israel responds by halting the peace talks.

April 30, 2014 The deadline for the latest round of peace talks passes without an agreement.

July 2, 2014 The body of a missing Palestinian teenager is found the day after the burial of the three Israeli teenagers who were kidnapped and killed while hiking in the West Back in June. Both incidents increase tension between Israelis and Palestinians, including riots in East Jerusalem and an exchange of rocket fire in Southern Israel and Gaza. Israel’s Prime Minister Benjamin Netanyahu asks the police to investigate what he calls “the abominable murder” of the Palestinian teenager in what may have been a revenge killing in reaction to the death of the three Israeli teenagers. Netanyahu also promises to punish those responsible for the killing of the three teenagers. Hamas leaders praise the kidnapping and killing of the three teenagers, but do not take credit for the incident.

July 7, 2014 Several Israeli Jewish suspects are arrested in connection with the killing of the Palestinian teen.

July 9, 2014 Hundreds of rockets are launched into Israel by militant groups in Gaza. The rockets reach areas in Israel that previous rocket attacks did not. Israel’s Iron Dome intercepts at least one rocket over Tel Aviv, while another reaches the outskirts of Jerusalem. In response, Israel launches an aerial offensive in Gaza, killing dozens of Palestinians, and calls up 20,000 reservists for a potential ground operation.

July 17, 2014 Israel launches a ground offensive into Gaza. Israeli officials say that the mission’s main focus is on tunnels near Gaza’s borders that are used to enter Israel. Within hours of the invasion’s start, one Israeli soldier is killed. At least 20 Palestinians are killed, bringing their death toll to more than 260 by the end of the first day of the offensive.