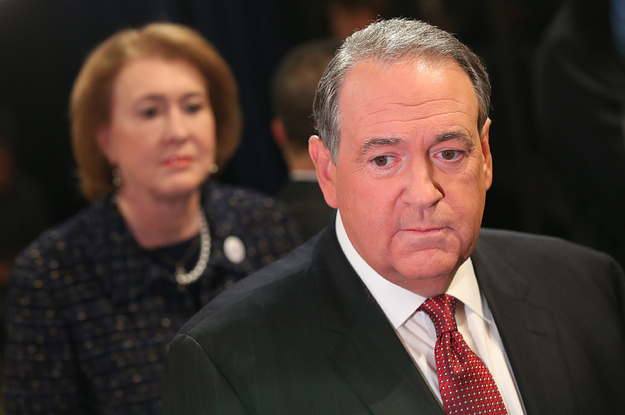 Roger David [01/27/2016 1:31 PM]
Yup sounds about right. Most womens bible studies or prayer meetings are gossip venues I hear. *ducks the slaps and hisses and giggles while walking away*

Jimmy Humphrey [01/27/2016 3:28 PM]
It’s pretty funny folks are doing this to somehow try to appeal to the mass of Christians in this country. Barna or someone else once did a study that showed only about 12% of evangelical Christians actually tithe. So, how such an argument is supposed to sway the voter base I find stupidfying

Psalm 19:9 & 12 The judgments of the Lord are just… Who can discern his [own] errors? Clear Thou me from hidden faults.

Mark 12 41 Now Jesus sat opposite the treasury and saw how the people put money into the treasury. And many who were rich put in much. 42 Then one poor widow came and threw in two mites, which make a quadrans. 43 So He called His disciples to Himself and said to them, “Assuredly, I say to you that this poor widow has put in more than all those who have given to the treasury; 44 for they all put in out of their abundance, but she out of her poverty put in all that she had, her whole livelihood.”

John Kissinger [01/28/2016 6:50 AM]
Jon Sellers yap because Trump pays tithes all the time… “Trump may be counting other people’s charitable giving as his own.” http://www.motherjones.com/kevin-drum/2016/01/ted-cruz-vs-donald-trump-who-least-charitable

Christopher Hart [01/28/2016 6:59 AM]
Nothing wrong with tithing, but compelling tithes is NOT a new covenant approach to the grace of giving.

1 Timothy 6:17-19 (KJV) Charge them that are rich in this world, that they be not highminded, nor trust in uncertain riches, but in the living God, who giveth us richly all things to enjoy;That they do good, that they be rich in good works, ready to distribute, willing to communicate; Laying up in store for themselves a good foundation against the time to come, that they may lay hold on eternal life.

1 Timothy 6:17-19 (NET) Command those who are rich in this world’s goods not to be haughty or to set their hope on riches, which are uncertain, but on God who richly provides us with all things for our enjoyment. 18 Tell them to do good, to be rich in good deeds, to be generous givers, sharing with others. 19 In this way they will save up a treasure for themselves as a firm foundation for the future and so lay hold of what is truly life.

Terry Wiles [01/28/2016 7:53 AM]
Actually, we have a non-tithers section. It includes amenities like no backs on the wooden benches, no A/C or heat, no shelter from the rain or snow, no education material for children, teens, singles, or adults, no snow plowing in that section of the parking lot, no free use of facilities for family functions, etc…. 🙂

Of course I am not serious about the above.

I am serious about building community, equipping believers to live a life of faith, reaching the lost, training leaders, supporting valid missionary ventures, and making disciples. And I seriously practice and support the principle of bringing the tithe to honor the Lord and give generous support to further the work of the Kingdom of God through our local church.

I leave you with the words of the famous theologian Forest Gump after running his race for 3 years, 2 months, 14 days, and 16 hours: “I’m pretty tired…I think I’ll go home now.”

FacebookTwitterSubscribe
Subscribe to receive all news to your email or phone: [wysija_form id="1"]
christiancruzdeclaredted

Extra Biblical manifestations? Consider Maria B. Woodworth-Etter, who was preaching one day at her tabernacle in Indianapolis, and when she raised her hand with…