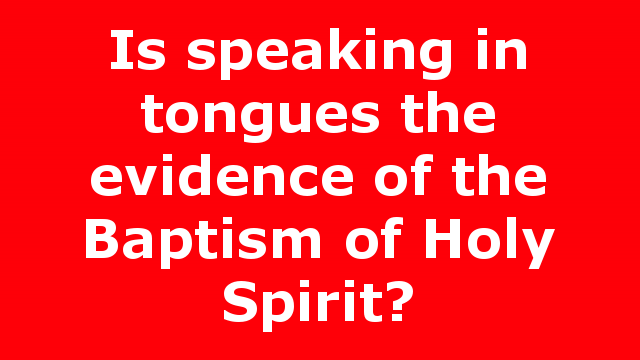 Is speaking in tongues the evidence of the Baptism of Holy Spirit?

Dr. Williams preaching tonight from Ez. 37: 1-14 ( Valley of the dry bones ) He gave a dramatic reading of the scripture. Painted…