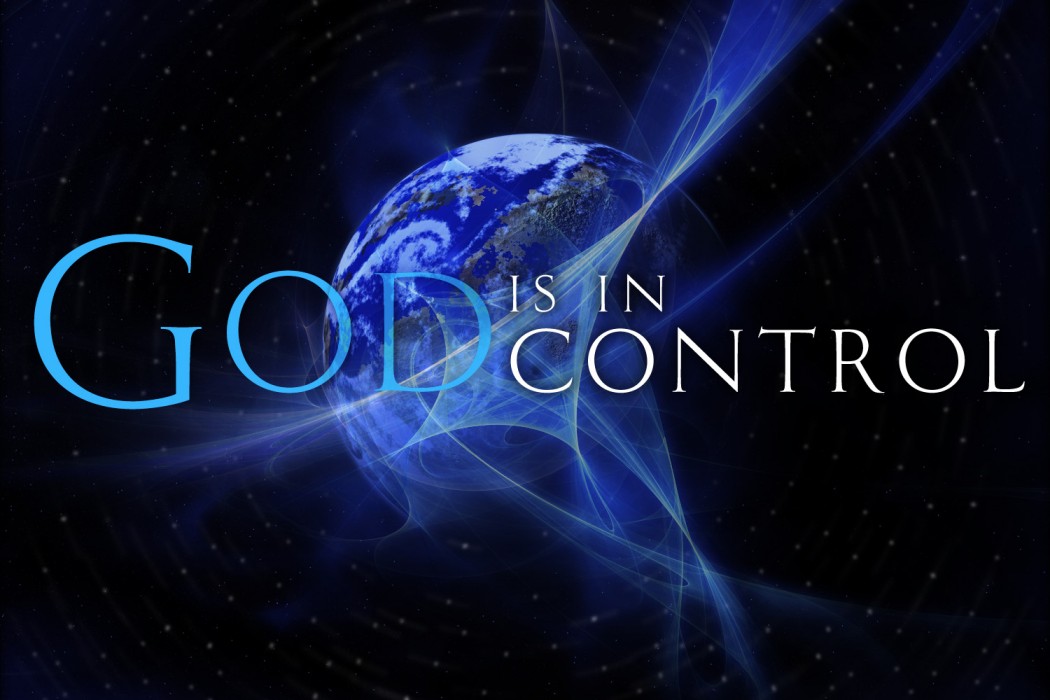 My morning coffee buddy and I often discuss bible doctrine and theology. The one thing that gets him riled up is when he hears someone say;” don’t worry God’s in charge.” When that happens he raises his long arms and brings his fist down on the table. He will ask the person; was God in charge of the civil war? What about world war I, the millions that died from war and the other millions that died in the widespread epidemic that followed the war? Before they can answer he pounds the table again and asks; is God in control of the Zika virus that is wrecking the life of babies in South America? Most people just walk away without arguing. What do you think, does he have a point?

David Smith [02/22/2016 12:57 PM]
The Theological concepts of Gods Providence and Soverienty teach us that he is in control. The specific instance mentioned above are the result of the fall man and the existence of sin. Also, many, not all of these things are a result of mans choices and decisions (free will)

Robert Jamieson [02/22/2016 12:57 PM]
The Civil War came because of man, God did’nt hold a rifle and take sides. Your “coffee buddy” has made no room for sin’s of the flesh, but reveals he is controled by them, his simplistic thinking has made no room for the enemy of mankind, satan. His outburst of wrath maybe an indication you need a new coffee buddy, all that shouting and banging may attract a policeman…it’s already got the eye of the Holy Spirit

” do not walk with an angry man, lest thou learn his ways”

Mark Tague [02/22/2016 12:59 PM]
Either God is in complete control, or He is not. Only One of these options is worthy of worship. I trust Him beyond my capacity to understand Him. Yes, He is in control. No I can’t explain the bad things that happen. Neither do I feel compelled too. My only job is to be His man wherever I am and allow Him to manifest His peace through me to a hurting world.

John Kissinger [02/22/2016 1:02 PM]
in order to be in complete control GOD MUST know everything Ricky Grimsley

Jimmy Pearson [02/22/2016 1:10 PM]
The answer to all of the above is yes. Right answers don’t always feel good. God is sovereign in all things even the ones we can’t understand.

Ricky Grimsley [02/22/2016 1:27 PM]
Like Nelson Banuchi stated God is in ultimate control. He could make the world not exist if he wanted. However, what he does desire is the libertarian free-will choice of love from his creatures. If God already knows the future exhaustively then as a fact then everything is just an illusion perhaps even just a thought of God.

Ricky Grimsley [02/22/2016 1:34 PM]
I dont see why arminians and calvinists cant see they both believe in an unchangeable future where all facts are resolved before the world began. They just argue over whether God actually predetermined it or already saw it play out in his mind. The crux gist of either side is the facts are settled.

Charles Page [02/22/2016 1:45 PM]
Ricky, who believes in an unchangeable future where all facts are resolved before the world began? who?

Ricky Grimsley [02/22/2016 1:50 PM]
Anyone who believes in God having exhaustive foreknowledge has to believe that the future is settled. That is the only way it can be known.

Think of the owner’s manual in your car. It tells you to change the oil at a certain interval. The old rule was every 3 months or 3,000 miles, but newer cars go a bit longer, generally about 5,000 miles. If you follow the instruction, your car will continue to function as designed. If you neglect the instruction, it is just a matter of time before the car breaks down. The company who manufactured the car is ultimately in control, right? The made it, wrote the owner’s manual, etc. But, once you purchase the car, responsibility for maintaining it shifts from the manufacturer to the owner.

God made everything that exists. When He created man, he gave creation into our hands to care for it (Genesis 1:28). The responsibility shifted from God’s hands into man’s hands. Yes, God is in control, but what would happen if you never changed the oil in your car and then tried to take it back to the manufacturer after it broke down? Even if it was still under warranty you’d be out of luck, because you didn’t do your part.

We can’t get mad at God simply because there are bad things that happen as a result of people not following the owner’s manual… The Bible… which results in negative consequences. Until all is fulfilled and we are living in the eternal kingdom where everyone living is following the instruction manual, there will be bad things taking place in the world. It doesn’t change the fact that God is still ultimately in control.

Ricky Grimsley [02/22/2016 2:12 PM]
Yes they do. There is no doubt that God in his sovereignty allows things to happen that we can overcome and he can be glorified. However, sometimes bad stuff happens because we get out of his will. No matter what though we have the promise that Romans 8:28 KJVS
[28] And we know that all things work together for good to them that love God, to them who are the called according to his purpose.

John Conger [02/22/2016 3:04 PM]
Agree with Charles Page. The idea that when bad things happen it’s because people are not following scripture is naive at best and shows a lack of wisdom and life experience

Stan Wayne [02/22/2016 3:30 PM]
It is an unsolvable mystery involving evil good God the Fallen state – why does the thing need resolution

Timothy D McCune [02/22/2016 4:36 PM]
I have a question for you Jim Price what is your answer to your coffee buddy? I believe God is in control of everything the evil that happens is a result of the sin in the world, i may not understand the type of control it takes but I am not God and i am on no position to question Him.

Jim Price [02/22/2016 4:38 PM]
Some of my preacher friend’s use the phrase; ” God is good all the time.” They take this from the statement that God is love. Solomon said that time and chance happeneth to all men.

Nathan Alley [02/24/2016 3:42 PM]
Of course he is the fact that the have turned our backs on him is a good reason why he would do such a thing .. Also don’t take me wrong when I say this but I child dieing in this time in age is truely a blessing for they will go Stright to be with Thier Heavenly Father

FacebookTwitterSubscribe
Subscribe to receive all news to your email or phone: [wysija_form id="1"]
controlgod