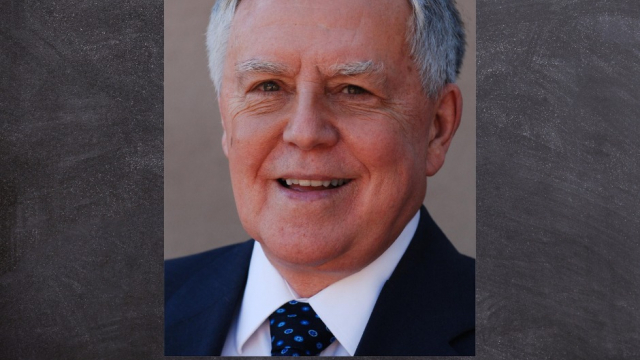 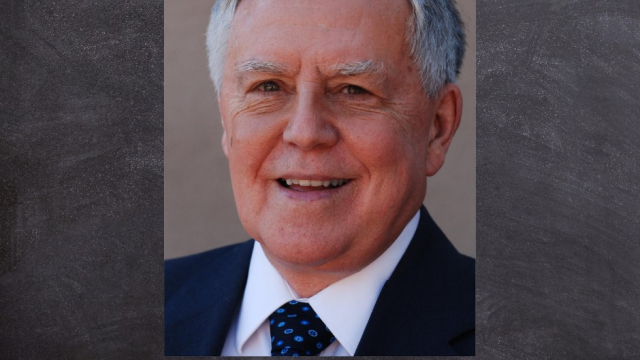 It is with great sadness that we announce the passing of Jon Mark Ruthven Ph.D.
Dr. Ruthven passed away 4/11/2022 due to complications from Covid. He is survived by his children Sara, Jana, and John Michael, and his two grandchildren Gabriel and Graham. A memorial will be held in his honor 4/23/2022 in Charlotte, NC at Mission Community Church at 11:00 am.
Dr. Ruthven, spent his life in service to the Lord. He continually gave of himself to further the Kingdom through the writing of books and the training of others. He was a selfless servant, a great prayer warrior, and filled with jokes. He authored many books and continued to write, teach, and pray until the end of his days. He was passionate and proud about his Ph.D. program, that he created, for Iris Global University, and was currently teaching classes at Global Awakening Theological Seminary.
His many adventures and passions included:
• Building and flying his own airplane
• Screenwriting
• Weight Loss
• Free energy
• Trump
• And, being a grandpa
He served as:
• Pastor of Lincoln Christian Fellowship Church (1967 – 1980)
• President and Dean of Pan Africa Christian College in Nairobi Kenya (1980 – 1982)
o While serving in Africa he met Pam Underhill and fell in love. They were married May of 1982 and had three children together. Pam went home to be with the Lord in 2001.
• Dean of Students at Christ for the Nations Institute (1984 – 1985)
• Professor of Systematic and Practical Theology at Regent University (1986 – 2005)
• Founding Mentor of United Theological Seminary (2010 – 2015)
• Ph.D. Program Director for Iris Global University (2019 – 2022)
Dr. Ruthven received:
• B.A. from Central Bible College (1964)
• B.D. from Trinity Evangelical Divinity School (1967)
• M.A. in Hebrew from the Institute of Holy Land Studies and further study at Hebrew University (1979)
• Ph.D. in Religious Studies from Marquette University (1989)
Written works include:
• Authentic Christianity: A Return to the Original Mission and Message of Jesus
• What’s Wrong with Protestant Theology: Traditions vs. Biblical Emphasis
• On the Cessation of the Charismata: The Protestant Polemic on Miracles
• The Prophecy that Is Shaping History: New Research on Ezekiel’s Vision of the End

Jon Ruthven 2017,   My book, *On the Cessation of the Charismata* as been described as “monumental* by the late William Menzies, “the definitive study” by Larry Hurtado, “best study on the topic” Alistair McGrath, among others. The Foundation for Pentecostal Scholarship has it tied for “first all-time” among works defending Pentecostal theology. Herewith is a video promo on it. I’d appreciate your feedback. God bless! I invite you to share it. Love to get your feedback.

This is a question only because of unbiblical notions of “apostleship” evolved in church history. The RCC claimed that the Pope was the last apostle, and therefore had total authority in the Church and also the authority to write new doctrine (encyclicals). The Protestants simply didn’t want more popes claiming absolute “apostolic” authority, ergo, by fiat, they claimed no more apostles existed after the 89 or so listed in the NT. The answer of the NT itself DEMANDS more apostles as a universal command from the NT canon: “It is the same God who energizes them ALL [charismata, which include apostles] IN EVERYONE (1 Cor 12:6), AND “Desire earnestly the BEST
GIFTS: (1 Cor 12:31). If apostles are listed as “FIRST” and prophecy as “SECOND” how can we claim that this clear command of scripture applies only before the later “cessationist canon” of the NT–the canon that deletes all references to miracles? It sounds pretty universal to me!! This command to “desire earnestly” the “best” gift of apostleship applies to the reader, in all times and places, doesn’t it? “–to your children, and to all those afar off” Cessationists have long told us not to seek tongues speaking because this is the “least of the gifts” appearing last on the list. If this argument is to be taken seriously, then how can they deny the command to “desire earnestly” the BEST gifts, ranked #1 and #2 in the list!! How can the Bible, the holy, divinely-inspired, inerrant, word of God written, COMMAND us to seek the gift of apostleship if the offer is not honest, genuine, and available to the reader? Cessationists are accusing the Bible of lying. I BELIEVE THE GIFT OF APOSTLESHIP EXISTS TODAY BECAUSE THE HOLY, INERRANT, UNIVERSAL, DIVINELY INSPIRED, WORD OF GOD WRITTEN, COMMANDS IT FOR THE READER. Cessationism denies the clear commands of scripture in favor of an old Jewish anti-Christian doctrine that prophecy ceased and was replaced by their “theologians” and Talmud. Powerless church bureaucrats embraced this heresy to protect their “authority” in the church. “Having a form or religion, but denying its dunamis [miracle power]” (2 Tim 3:5, see by contrast, 2 Tim 1:7-8).
See also the further argument in Appendix II, “Does the Gift of Apostleship also Continue?” and Appendix III, “The ‘Foundation Gifts’ of Ephesians 2:20” in On the Cessation of the Charismata 2nd ed., 2011.

FINALLY !! IT BECAME CLEAR AFTER 20 YEARS WHAT I HAD BEEN UNABLE TO FULLY ARTICULATE, EVEN IN THE LAST BOOK.
THIS IS THE ABSTRACT OF AN ARTICLE I JUST FINISHED. COMMENTS?
[Clarification: The realization to me that was new is that cessationism wasn’t just incidental to Protestant theology; it actually shaped it and prevented it from grasping the real mission of Jesus. Both Catholics and Protestants were stuck in a :”Gospel of preparation”–“repent & be baptized” period. The climax of John’s introduction of Jesus (“He will baptize you in the Holy Spirit”) because of cessationism, simply became almost meaningless. If anyone had discovered that Peter was citing Isa 59:21 as the punchline of the Pentecost sermon, they couldn’t deal with it! Prophecy ceased. This *couldn’t* be why Jesus came!! So they totally misunderstood the central issue of the Bible: the New Covenant that was the immersion into the Spirit of prophecy. “All Israel would become prophets”! (Moses’ ideal: Num 11:29).
If you promise to send a critique, I’ll send you a free copy via Facebook
Abstract
Barth’s dream of a Spirit-centered theology hints at the great disconnect between the New Testament portrayal of the mission and message of Jesus and the “gospel” of traditional Protestantism. This disconnect appeared as a result of the Reformers’ adoption of cessationism to undercut Papal authority, which rested, in part, on the idea of continuing revelation and miracle. The failure of both sides to understand the purpose of charismatic revelation and power as the central characteristic of the New Covenant, resulted in a misunderstanding of the mission of Jesus, the purpose of the cross, and the continuing commission of Christian disciples. In this, traditional theology significantly distorted the Christian message from that of Jesus and the New Testament witness. 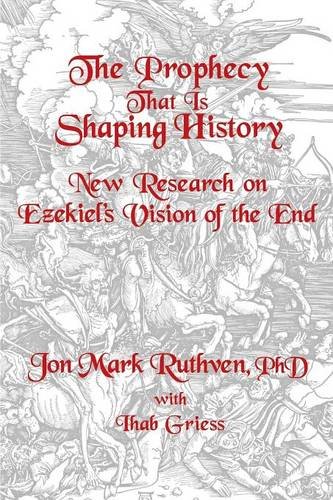 Thought you might want to check out the “smoking gun” of what I’ve been working on for 20 years.
Abstract of journal article: Barth’s dream of a Spirit-centered theology hints at the great disconnect between the New Testament portrayal of the mission and message of Jesus and the “gospel” of traditional Protestantism —a variation on the Catholic Mass. This disconnect appeared as a result of the Reformers’ adoption of cessationism to undercut Papal authority, which rested, in part, on the idea of continuing revelation and miracle. The failure of both sides to understand the purpose of charismatic revelation and power as the central characteristic of the New Covenant, resulted in a misunderstanding of the mission of Jesus, the purpose of the cross, and the continuing commission of Christian disciples. In this, traditional theology significantly distorted the Christian message from that of Jesus and the New Testament witness.

A little overstated, but the cessationism of the Reformation rendered it theologically impossible to fulfill the mission and message of Jesus to “baptize in the Holy Spirit” and so fulfill the very goal of the Bible: the New Covenant of Acts 2:39, citing Isa 59:21; 2Cor3; Heb 12:18-25). In this, he broke the covenant described in Heb 8-12 and essentially blasphemed the Holy Spirit (Heb 6:4-6). Luther also dismissed the content and method of the disciples’ training, and the resulting commissions for all believers (Mt 10; Mk 6; Lk 9&10; Mt 28:19-20; Acts 1:8), since the primary way God reveals himself had ceased (Jer 32:20; Heb 2:4). In this, Luther changed the very nature of the Gospel itself, limiting it to a slightly tweaked version of the Catholic Mass, instead of how the Gospel was to be presented in power (Acts 10:38; Rom 15:18-19; 2Cor 12:12; 1Th 1:5).