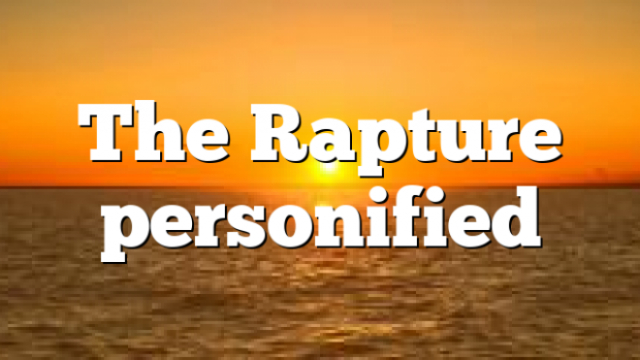 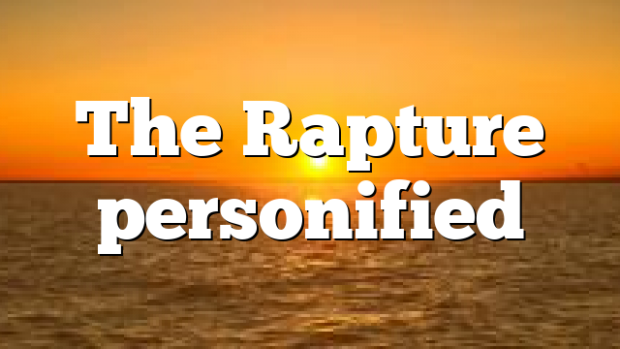 IF you are PRE-Trib in belief and you are not caught away when the Anti-Christ is revealed (meaning either mid- or post-trib) will you turn away from and/or get mad at God?

Tom Steele [11/17/2015 8:58 PM]
While I think that it doesn’t make a lot of sense to think that the rapture would happen any time but pre-tribulation, it certainly wouldn’t effect my faith any. First let’s talk why I think pre-trib is the most logical in a nutshell, because the Bible tells it will be an event that comes unexpected. If it happens mid-trib or post-trib we can be expecting it because the tribulation is just seven years long. We would know we’re in the tribulation so we would be expecting to be raptured no more than seven years. Anyway, that’s also why I can’t see betraying Christ if I had to endure the tribulation. That single even would prove without a doubt that Christ is returning. Why on earth would anyone denounce Christ that close to the end? That would be like running a marathon and stopping two feet from the white ribbon at the end and saying, “Well, I had enough, I quit.” Obviously this is a big subject, just wanted to give a very brief reply to it. None of the three accepted rapture theories has anything to do with salvation, so it’s kinda an irrelevant question anyway, but always good to compel people to stay faithful to Yeshua no matter what.

Ricky Grimsley [11/18/2015 8:35 AM]
2 Thessalonians 2:3 KJVS [3] Let no man deceive you by any means: for that day shall not come , except there come a falling away first, and that man of sin be revealed, the son of perdition; What day is he talking about? The day of the lord or Christ as in verse 2. 2 Thessalonians 2:1 KJVS [1] Now we beseech you, brethren, by the coming of our Lord Jesus Christ, and by our gathering together unto him, Even if you believe that the rapture and the 2nd coming are separated by a large amount of time, he is “beseeching” by both of them. So neither can happen until that day which is he day of the lord and the day of the lord doesnt happen until after a great falling away and the son of perdition is revealed (antichrist).

Parallel Verses New International Version But when he, the Spirit of truth, comes, he will guide you into all the truth. He will not speak on his own; he will speak only what he hears, and he will tell you what is yet to come.

New Living Translation When the Spirit of truth comes, he will guide you into all truth. He will not speak on his own but will tell you what he has heard. He will tell you about the future.

English Standard Version When the Spirit of truth comes, he will guide you into all the truth, for he will not speak on his own authority, but whatever he hears he will speak, and he will declare to you the things that are to come.

Berean Study Bible However, when the Spirit of truth comes, He will guide you into all truth. For He will not speak on His own, but He will speak what He hears, and He will declare to you what is to come.

Berean Literal Bible But when He the, Spirit of truth, shall come, He will guide you into all the truth. For He will not speak from Himself, but whatever He may hear, He will speak. And He will declare to you the things coming.

New American Standard Bible “But when He, the Spirit of truth, comes, He will guide you into all the truth; for He will not speak on His own initiative, but whatever He hears, He will speak; and He will disclose to you what is to come.

King James Bible Howbeit when he, the Spirit of truth, is come, he will guide you into all truth: for he shall not speak of himself; but whatsoever he shall hear, that shall he speak: and he will shew you things to come.

Ricky Grimsley [11/18/2015 1:40 PM]
I take it as an exhortation to be watchful. The closer we draw to the end the more deception there is. The more false doctrines there are. I have surely been deceived by man and by myself but I try to be on guard.

John B. Gaither [11/20/2015 9:09 AM]
I teach Pre-Trib in my Pentecostal Church. The people have a handle around that, and it’s understood by most Evangelicals. But I warn my people to be ready whenever Jesus is Ready. It does not matter what the Wall Chart, or Reference pages in the back of your Bible say. We need to live as if this were the day. Either by Rapture or Individual Departure.

Ricky Grimsley [11/20/2015 9:22 AM]
So John B. Gaither when you teach….what do you say about 2 thessalonians chapter 2. How does that not say that we will see the antichrist before the rapture.

Jeremy Lile [11/20/2015 9:35 AM]
I would not turn my back on God because man in all his wisdom still lacks so much when it comes to God and his plan for the world. Even the greatest theologians are baffled by the mysteries of God. Whatever happens, God will take care of us and protect us.

John B. Gaither [11/20/2015 9:49 AM]
Ricky, I don’t doubt that if we truly are in the last days, that the Anti-Christ is now present in the World today. Not revealed yet. I compare to my folks how during the 2008 election Obama was practically worshipped in Europe that Summer, then the gathering at Grant Park and at the Inauguration. I told them he was not the AC, but the World would go crazier than that. So nothing is wrong with seeing the AC, but we will not know for sure. It’s the peace accord that he makes that starts the 7 years, then the breaking of it at 3.5 years. He can be revealed, and we in our Wisdom would not realize it. Those who in the old days said it was someone like Kissinger, can say that until he dies, since he is still kicking. At 92, he is really unlikely. People have always guessed. I remember the 80’s and Pope John Paul, and all the others. My Brothers in Christ, were not right in their guesses. We won’t know fully, until after the Rapture, and at that time he makes a pact with Satan. Satan does not when the Rapture is. He does know what 7 years means. In his anger will enter into the AC. Satan’s time will be short, is short. Can revealed mean that he is on the World Stage, but not full of the Spirit of the AntiChrist? I think yes.

Terry Wiles [11/20/2015 9:58 AM]
Ricky Grimsley. I do appreciate this discussion but let me respectfully give a different view. 2 Thess. is a continuation of 1 Thess. If you look at 1 Thess. 5 verse 9 there is an argument given that we are not destined for “wrath” but to obtain salvation through Jesus Christ. They were suffering affliction that some were saying was the day of the Lord’s wrath. Paul tells them to encourage one another and build one another up. (v 11)

In 2 Thess. Paul continues the them by telling them there is a day coming when God will bring vengeance up those who afflict them and upon those who do not obey the Lord. (2:5-10)

In chapter 2 verses 1 and two there is a argument that they are not in the tribulation, that the day of the Lord has not come, that they have not missed the rapture. Here, “the day of the Lord” refers to God pouring out His wrath upon the world of sin. It will come upon all who refused to love the truth and be saved.

But the Thess believers embraced the truth and will be saved (from the wrath) and obtain the glory of our Lord Jesus Christ. (2 Thess. 2:13-17)

That is the way I understand it. I try to teach people to be ready to go as if it were today but be ready to serve God as it would be a lifetime away.

John Conger [11/20/2015 10:01 AM]
Can anyone who believe in pretrib explain how the ‘last trumpet’ is at the beginning of the tribulation even though there are at least 7 more that happen later?

Terry Wiles [11/20/2015 10:06 AM]
The last trumpet sounds when Christ returns with His saints to plant his feet on the Mount of Olives and set up His earthly reign. This will happen after God pours out His wrath on a world that has rejected Him. Prior to that will be other trumpets including one that gathers His sons and daughters to himself.

John Conger [11/20/2015 10:13 AM]
Thank you but I’ve heard all the teachings. Used to believe it. But how is it the “last” trumpet when there’s not one before that and there are many afterwards

Dr. Elaine Phillips has a B.A. from Cornell University and a M. Div. from Biblical Theological Seminary. After receiving her M.A. from the Jerusalem…