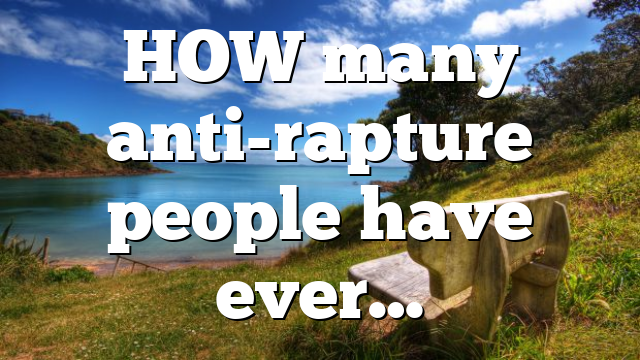 I want to ask, how many anti-rapture people have ever actually listened to the Scriptural arguments of those who are pro-rapture people? And before you insist that it is not mentioned, it is. The concept as well as the word. But it is mentioned in word in the Greek version. That word is Harpotzo (or Harpatzo). If you didn’t know even that much, then stop thinking so highly of your unstinting on this matter. Just saying it is false is not an acceptable answer. You must refute Scripturally the arguments of these following people. BUT you must also refute them not just with Scriptures but without using your computers or tablets or smart phones or the internet or while wearing sneakers or eating pizza or chocolate or drinking soda as none of these items which are real are mentioned in the Holy Scriptures either.