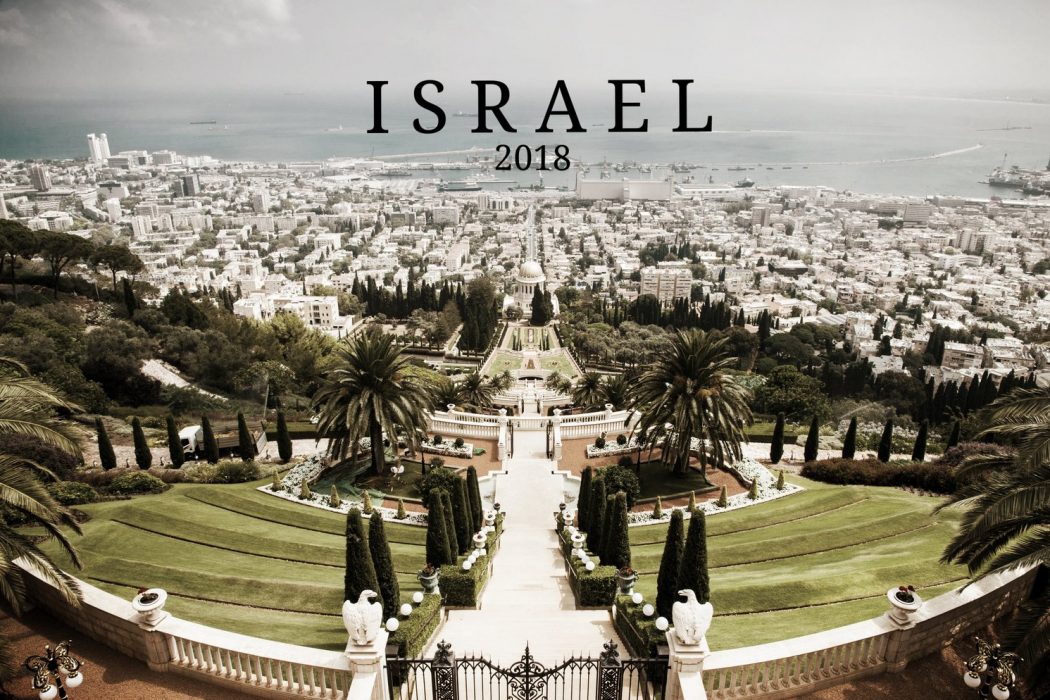 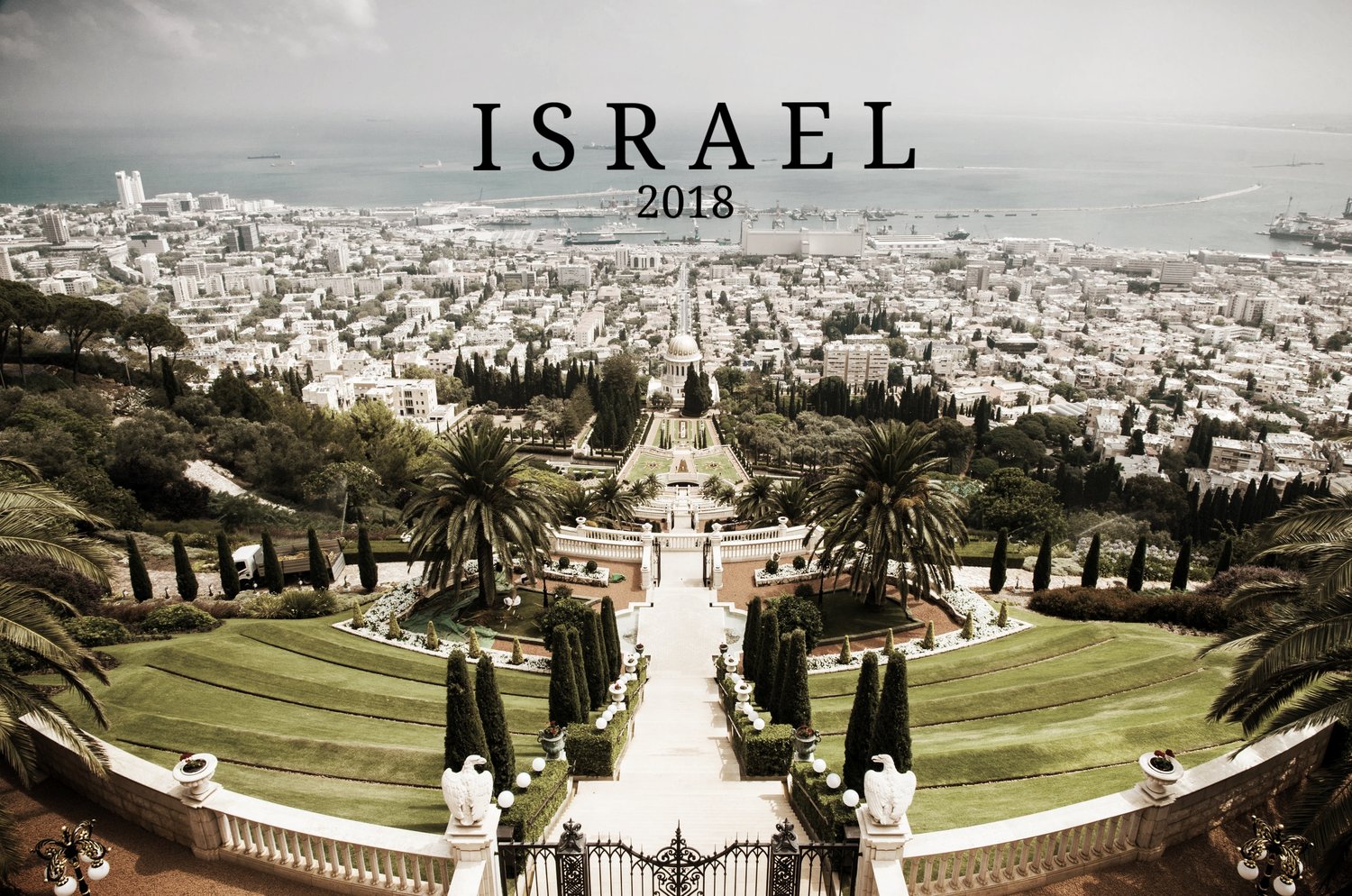 Rabbi Judah ben Samuel supposedly made an amazing prophecy concerning the future of Jerusalem that already has three accurate fulfillments from 1517-1967. The prophecy further predicts the start of the “Messianic end time” by 2017. But is the prophecy trustworthy and can Jesus even return in 2017? Read on to learn why how people interpret and use this prophecy is flawed. Also, what did Jesus himself reveal as the signs of his coming to watch for…instead of date watching? 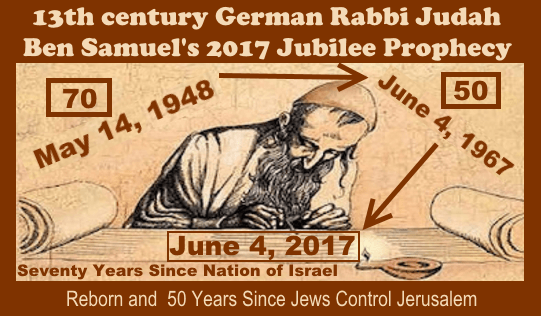 Rabbi Judah ben Samuel’s prophecy, like many date-fixing prophecies, has generated a lot of interest among prophecy fans. It seems we can thank Joseph Farrah and WorldNetDaily for this.WorldNetDaily promoted this prophecy in 2012, (twice).

In response to several requests to hear my thoughts on it, I’m happy to indulge. Of course, long time readers will not be surprised at my answer on whether to put any stock in it. What I have to say when it comes to any date setting schemes applies here as well. Nevertheless, we can still learn some new things and improve our discernment further by analyzing yet another Second Coming date setting theory.

If you are unfamiliar with what the good rabbi supposedly predicted, here’s his prophecy translated and summarized from the original German by Ludwig Schneider (March, 2008 in Israel Today on page 18):

“When the Ottomans conquer Jerusalem they will rule over Jerusalem for eight jubilees. Afterwards Jerusalem will become no-man’s land for one jubilee, and then in the ninth jubilee it will once again come back into the possession of the Jewish nation – which would signify the beginning of the Messianic end time.”

The jubilee year cycle given to ancient Israel is described in Leviticus 25. It is commonly thought to be 50 years long. The fact that some (including myself) believe the jubilee cycle it is actually 49 years long (following every seventh Sabbath year) is immaterial as the word jubilee is mostly used as a shorthand for 50 years in the prophecy.

Here are the fulfillments of this prophecy so far:

Impressive, no? A prophecy like this with a long successful track record is rare and sure to get attention. But for several reasons, it probably will not help anyone to know when the Messiah comes back.

Problem #1 – “Messianic end time” is not the Second Coming

The most pressing problem with this prophecy is that it may already be finished. Completely fulfilled.

That’s right. Did you notice the underlined part above about the “beginning of the Messianic end time” coming in the ninth jubilee?

What exactly does that mean? Many have taken that phrase to mean the “Second Coming.” The year 2017 has naturally been chosen as the year of the Second Advent as it is the last year of the jubilee prophecy and also supposedly a jubilee year, to boot. (Many think Jesus will come in a jubilee year. I think only a Sabbath year fits as my book argues.)

However, the prophecy does not say the Messiah would come in that ninth jubilee. It says the “end time” would begin. End time is a term from Daniel 12, a prophecy the rabbi would be familiar with:

Thus, the end time is not about Jesus’ coming, at least not immediately. Daniel 12 says is is about the unsealing of Bible prophecy, prophecy that even Daniel did not understand. It is a period marked by many people searching and gaining much knowledge, kind of like what we all do daily using the Internet. This fits with why prophecy finally becomes understandable in the end time.

Personally I think this has already happened. For details, see my video on this fascinating topic of the Internet explosion being predicted in Daniel 12.

In other words, this prophecy looks like it is already fulfilled. The beginning of the end time probably commenced early on after the new millennium began. 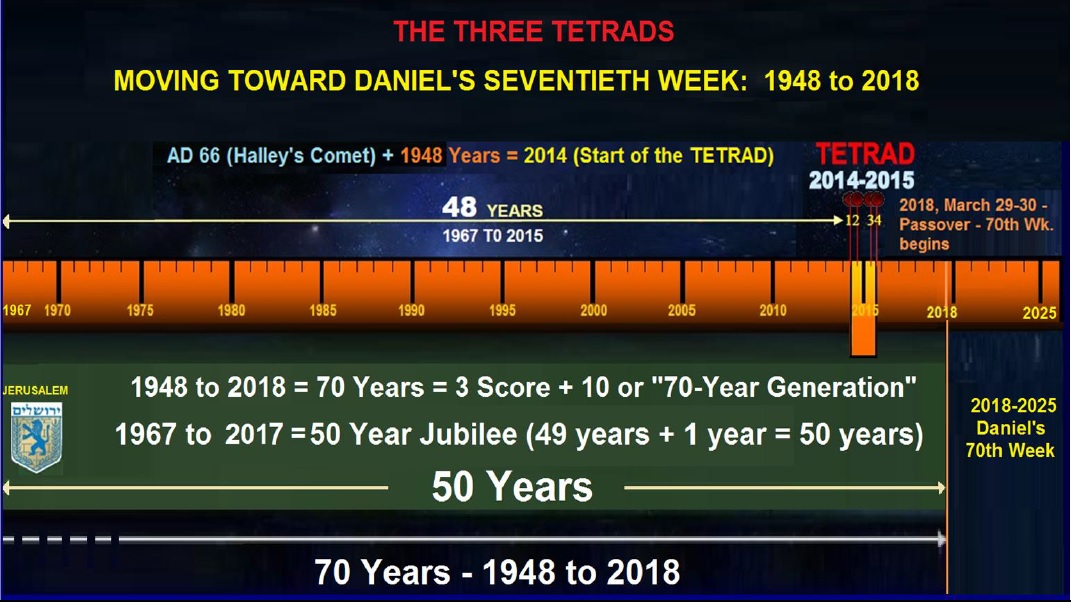 Problem #2 – Only One, Translated Source

The main appeal of this prophecy is that it appears to have been amazingly accurate over the course of hundreds of years after it was given. Over the years I’ve encountered several promising prophecies with a good track record like this. Yet always, just when they were about to conclude with their fantastic second or third and final accurate fulfillment, they failed. Why?

I think many times the “accurate” prophecy had the benefit of hindsight. It was either tampered with years later, or even originally written later than claimed.

In the case of Judah ben Samuel’s prophecy, there is no original source given in any of the articles on it. They all seem to copy from the same Israel Today article which also has no original German source given, either. Without that, you cannot verify the translation is accurate and that the translator did not read his own ideas into it (with the benefit of hindsight). In other words, this German “prophecy” has spread in English with everyone copying and taking in faith one man’s translation of it.

Problem #3 – Jesus Warned That Nobody Knows the Time

If someone wants to trust Ludwig’s report of the prophecy’s accuracy and also ignore the plain words of the prophecy and turn it into a prophecy of the Second Coming, they still have a major issue. Jesus already warned against believing date setting or looking at the calendar for his Second Coming. He plainly said that no man knows the day or hour (time) of his coming, at least not far in advance.

Now, this is not to say there won’t come a time when we finally will know. For example, when the Abomination of Desolation happens, it will start a countdown of 1290 days until the end of the Tribulation and the Rapture. However, so far, Jesus’ words have proven very accurate about no one knowing the timing further out. =) History shows that everyone so far who has set a date has not succeeded, whether they used the Bible, Christian prophecy, Mayan calendars, or Jewish prophecy, like Rabbi Ben Samuel’s.

Even if we doubt the meaning of Jesus “no man knows” words, this historical track record of date setting alone ought to kill the appeal of prophecy’s like Ben Samuel’s. Yet this fact escapes seemingly most Christian prophecy fans. (The general Christian audience who is not interested in prophecy often cite the failed date setting and Jesus’ warning about it as their major objection to the study of Bible prophecy.)

In case you are wondering, Jesus did not just tell us what approach to avoid with Bible prophecy (looking for dates in it). He also shared a strategy for getting some idea of when he was coming andwhen he was not. It’s right there in the Olivet Discourse. See this article on the Parable of the Fig Tree for what he said to watch instead of the calendar.

[Here is a powerful description of our wonderful Abba Father!. He formed the earth; he created the wind; he knows the inmost thoughts of…