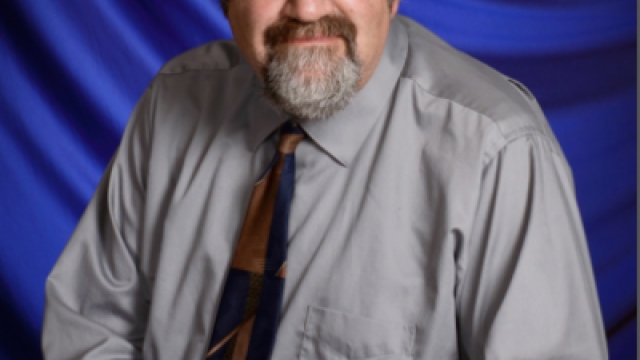 The “For I know the thoughts I think toward you…” verse in Jeremiah 29:11 probably has graced more wall posters, been used on more Facebook posts and has been the topic of more sermons than any single passage of scripture in recent history.  However, recently it awakened me as I realized the context of this famous promise to the children of Israel.

Jeremiah is considered one of the bravest and boldest prophets of all time.  He faced great rejection and persecution as he faithfully proclaimed the messages that God gave him. Jeremiah warned the Israelites of the destruction coming to Jerusalem unless God’s people turned back to Him. When they refused his repeated warnings, he gave them instruction on what to do when the destruction arrived! He told them that if they submitted to Babylonian captivity and followed them into exile, they would live. However, if they refused and stayed in Jerusalem, then they would face great suffering, and many would die. Jeremiah made it clear that this would happen to them as a result of their sinful practices. He explained to them that God would keep them captive in Babylon for 70 years in order to cleanse them of their unrighteousness. Living in those conditions would bring them back to Him with their whole heart. It was in concluding this prophecy that Jeremiah proclaimed, “For I know the thoughts that I think toward you declares the LORD thoughts of peace and not of evil, to give you an expected end”! I doubt that anyone was putting that on their walls, later that day!

Chapter 24 of Jeremiah contains the famous parable of the “good and bad figs.” It explains that the bad or rotten figs were the evil ones who would choose to stay behind in Jerusalem, but the good figs represented those who would choose to live among the “Chaldeans for their good”, Jeremiah 24:5b (KJB) Jeremiah prophesies in verse 7 concerning the preparation of these good figs over a seventy year period, “And I will give them a heart to know me, that I am the Lord: and they shall be my people, and I will be their God: for they shall return to me with their whole heart.

This year’s election is probably producing the most contention between Americans of any election since the Civil War and the election of Abraham Lincoln. We face a very uncertain future, similar in some ways to that facing the people of Israel in Jeremiah’s time.  Churches grounded in the love of Christ should be immune to the intense rhetoric and passionate differences currently permeating our political climate, but they are not. Families, churches, businesses, communities, states and our complete country are clearly divided concerning what is best for this nation. With all that is going on around us, if we allow ourselves, we can easily become very troubled.

Studying the New and Old Testaments will provide us with instructions for daily living and help us understand the heart of God.  We can see that God has repeatedly reminded us throughout history that He is sovereign over the affairs of men.

Two polarizing camps exist in Christian theology. The first leans towards God’s absolute sovereignty over all that man does known as the “Sovereignists”.  Secondly there’s the “Armenian” position that believes God has chosen to somewhat limit His power by the “free will” of men who choose to seek and follow the Heavenly Father’s leading by the Holy Spirit.  Both camps seem to agree that God interjects His sovereign influence, to accomplish matters of great importance, such as the appointment of world leaders and how they all tie into the great promises and End Time plans of the second coming of Christ, the Great Tribulation, and the End of the World.

Daniel 2:21 makes a proclamation, “And He changes the times and the seasons; He removes kings and raises up kings. He gives wisdom to the wise and knowledge to those who have understanding.” Could the word “president” be inserted in that scripture as kings clearly refer to the leaders of countries back then the way presidents refer to the leaders of most countries today?  If that is true, then can we have confidence in a God who knows what is best for America to be able to make the best decision if indeed we believe as we pray, “Father God, please let Your will be done as You choose the president in the 2020 elections?” Can we find peace, pushing aside worry, knowing that if we do our part and pray, and cast our vote – as is our civic responsibility – that His will will indeed be done? Can we find a place of agreement in the body of Christ and thus dissolve a lot of the tension between believers?

If you are a student of the Old Testament, you will no doubt understand how far this nation has drifted in its anti-God and anti-Christian sentiment, and that by doing so, the nation embraces sinful practices, which make Israel’s offenses during the time of Jeremiah seem trite. Personally speaking I find peace by understanding that if God allows the vote to go one way, then things may be very good for us as the church for the next four years. If He allows it to go the other way, then it possibly we will go into a spiritual exile for the next several years and may be enduring increased persecution and difficulty, which may very well turn us back to seeking God again with our whole hearts.

Did Jesus re-visit John after his wilderness experience?

The Gospel of John describes a scene where John the Baptist saw Jesus coming toward him and he made the following statement:

“Look, the Lamb of God, who takes away the sin of the world! This is
the one I meant when I said, ‘A man who comes after me has surpassed
me because he was before me.’ I myself did not know him, but the
reason I came baptizing with water was that he might be revealed to
Israel.” Then John gave this testimony: “I saw the Spirit come down
from heaven as a dove and remain on him. And I myself did not know
him, but the one who sent me to baptize with water told me, ‘The man
on whom you see the Spirit come down and remain is the one.” (John
1:29-34)

At first sight, it seems the writer was describing the actual baptism itself, as per Matthew’s account. However, the next few days finds Jesus choosing his disciples – not going into the wilderness as the Synoptics relate it. So, is this scene a ‘revisit’ so to speak? Is it Jesus coming out of the wilderness, walking past John, at about Passover season, some months following his actual baptism?
If so, then the Gospel of John is not recording the baptism event directly, but is recording John B’s testimony of that event. In other words, John B. sees Jesus returning, and calls out, “This is the man I baptised several months ago! This is the man the dove descended upon!”

So, is the Gospel of John recording the actual baptism event, or is he recording an occasion when Jesus revisited the same place on his way back from the wilderness? The latter explanation may reconcile some of the perceived differences between John and the Synoptic Gospels.