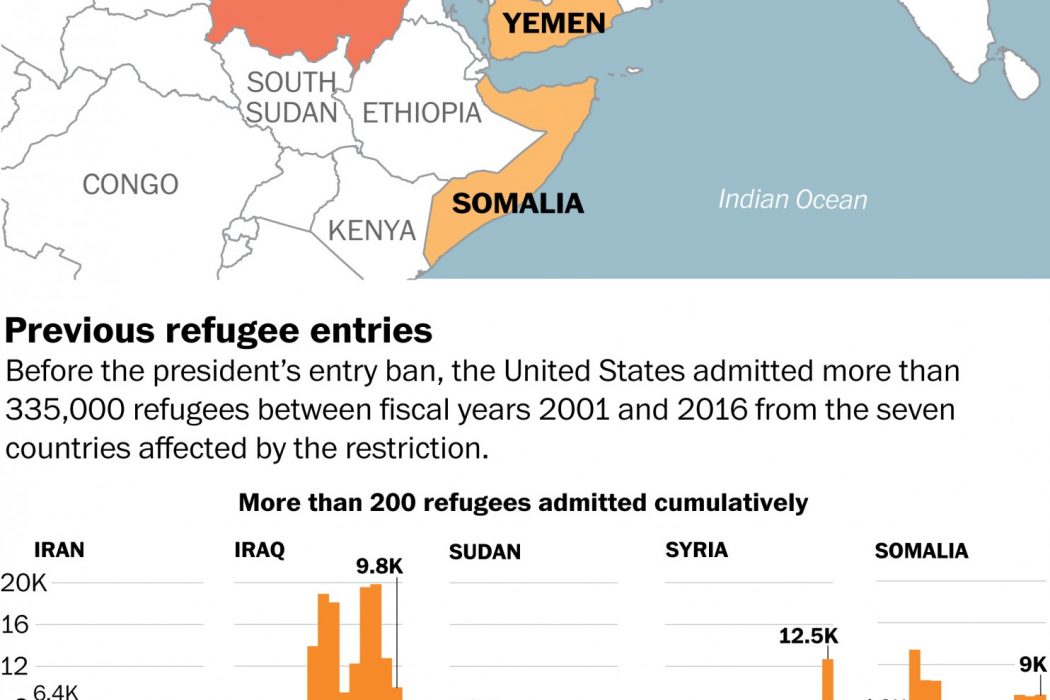 A federal judge in New York blocked deportations nationwide late Saturday of those detained on entry to the United States after an executive order from President Trump targeted citizens from seven predominantly Muslim countries. Judge Ann Donnelly of the U.S. District Court in Brooklyn granted a request from the American Civil Liberties Union to stop the deportations after determining that the risk of injury to those detained by being returned to their home countries necessitated the decision.

Minutes after the judge’s ruling in New York, another came in Alexandria when U.S. District Judge Leonie Brinkema issued a temporary restraining order to block for seven days the removal of any green-card holders being detained at Dulles International Airport. Brinkema’s action also ordered that lawyers have access to those held there because of the ban.

Several hours after the judicial rulings, the Department of Homeland Security said it would continue to implement Trump’s executive order. In a statement released early Sunday, the agency said “less than one percent” of international air travelers arriving Saturday in the U.S. were “inconvenienced” by the executive order.

Are you, or someone you know, affected by President Trump’s travel restrictions?

Why You Must Use Your Sphere Of Influence This Election – Stephen E. Strang on The Jim Bakker Show