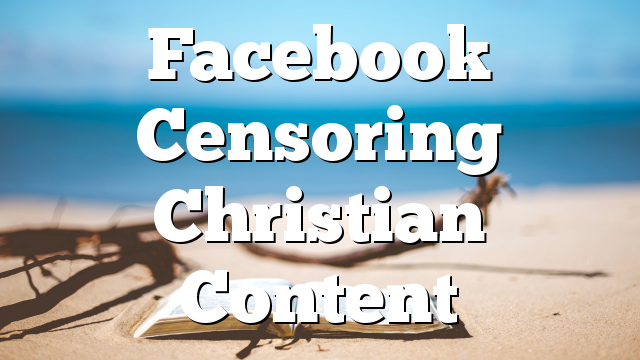 Facebook was in the national spotlight this week, but the social media giant would probably have preferred to remain in the shadows. The investigation is officially under scrutiny about the abuse of Facebook user’s data and the social media website’s roll in spreading fake news. The joint session of the Senate Commerce and Judiciary committees’ questions of Facebook CEO Mark Zuckerberg, however, showed that there were a number of other concerns that needed to be addressed.

During Zuckerberg’s seven hour testimony, the CEO was asked about a number of issues. He was questioned if the company’s handling of the Cambridge Analytics affair violated its 2011 consent decree with the Federal Trade Commission. Zuckerberg was also asked about Russia’s involvement and fake news. The attempted hacking of campaign candidates’ pages was addressed as well. One of the lines of questioning that got a great deal of attention, however, was the question of whether Facebook has been censoring and removing conservative and Christian content.

Ted Cruz took the lead in this line of questioning when Zuckerberg was in the hot seat. When Zuckerberg carefully danced around the question of whether Facebook was a neutral public forum, Cruz laid out the accusations that conservative and Christian Americans have levied at Facebook. “There are a great many Americans, who I think are deeply concerned that Facebook and other tech companies are engaged in a pervasive pattern of bias and political censorship,” said Cruz. “There have been numerous instances with Facebook.” Among the examples listed by Cruz were the careful suppression of stories about Mitt Romney, the Lois Lerner IRS scandal and Glenn Beck. The “Chick-Fil-A Appreciate Day” page was blocked as well were two dozen Catholic pages. Zuckerberg was also asked about Diamond and Silk, a page with 1.2 million followers whose “content and brand were ‘unsafe to the community.’ To a great many Americans,” Cruz said, “that appears to be a pervasive pattern of political bias.”

Today we start our Christmas series of sermons