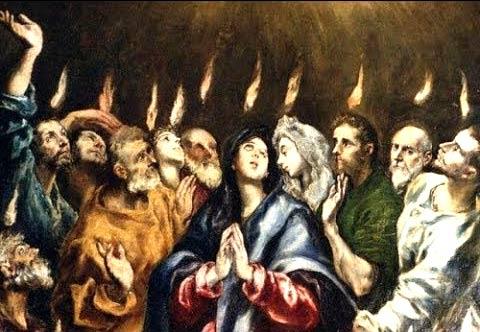 Why I Don’t Apologize for Speaking in Tongues, by J. Lee Grady

[As posted by Ray E Horton – emphasis mine].

“Eliminating the gift of tongues can have a direct impact on the miraculous flow of the Spirit’s anointing in the church. You might as well flip a breaker switch and turn off all the lights.”

Have the Courage to Embrace this Gift

Last week after I taught a class on… the Holy Spirit at a ministry school in Pennsylvania, a 22-year-old guy from Maryland asked if I could pray with him. He had heard me share how I was baptized in the Holy Spirit at age 18, and he wanted the same experience. He was especially intrigued by the idea of speaking in tongues—something he had never done even though he was comfortable around other classmates who had this spiritual gift.

Instead of denying or downplaying this misunderstood spiritual gift, we should have the courage to embrace it.

This young man, Eric, understood that he already had the Holy Spirit. We can’t be born again without the Spirit entering our hearts and quickening Christ’s life in us. But he knew that Jesus offers us more—that the baptism of the Holy Spirit is a second experience in which the fullness of God’s divine power saturates us and anoints us for supernatural ministry.

I explained to Eric that when I prayed for this blessing many years ago, God did not force anything on me. We don’t have to speak in tongues, and God certainly doesn’t make us move our mouths against our will. We open our mouths, but it is the Spirit who gives us this unusual heavenly language. Glossolalia makes no sense in the natural—it actually sounds like gibberish—but the Bible says praying in the Spirit strengthens us profoundly (see 1 Cor. 14:2,4).

I laid hands on Eric in the back of the auditorium and asked Jesus to fill him with divine power and to release the Holy Spirit’s language as a manifestation of the overflow. Nothing dramatic happened at that moment, but I told Eric to remain expectant. I’ve learned that oftentimes the release of the Spirit comes easier when people are not distracted by crowds. I encouraged my new friend to go home and pray some more.

A couple of days later I received an e-mail from this brother, letting me know that a small miracle had occurred in his life. He wrote: Thank you for praying for me to speak in tongues. That night was interesting because phrases started to pop into my head. I was determined. I began speaking the phrases and by the next night I was speaking in tongues as I was falling asleep. Now, every moment that I am not worshiping, praying, eating or speaking to someone, I am practicing this gift. Praise God!

Many of us fall into the trap of downplaying the phenomenon of speaking in tongues, even after we have received the gift ourselves

Many of us fall into the trap of downplaying the phenomenon of speaking in tongues, even after we have received the gift ourselves. We may consider it divisive and it certainly can be when it is abused, or we’re embarrassed because it seems weird or fanatical to our unbelieving friends or family members.

Yet when I read the apostle Paul on the issue, I realize that glossolalia was a key component of the New Testament church. No one can deny that. Not only did tongues play a fundamental role on the day of Pentecost when the church was born, but this strange gift also fueled Paul’s personal zeal. He wasn’t bragging when he wrote: “I thank God I speak in tongues more than you all” (1 Cor. 14:18, NASB). He most likely prayed in tongues for hours at a time. He knew he couldn’t carry out his extraordinary ministry without a private devotional life that was soaked in supernatural prayer.

That’s also why he wrote: “Do not forbid to speak in tongues” (1 Cor. 14:39). He knew that even though some people might be tempted to misuse this gift, and this is usually why people restrict it, we must never, never, never shut it down.

Eliminating the gift of tongues can have a direct impact on the miraculous flow of the Spirit’s anointing in the church. You might as well flip a breaker switch and turn off all the lights. Tongues does not make us holier than anyone else, and if we don’t exhibit love and Christian character it becomes a useless gift comparable to a noisy gong (see 1 Cor. 13:1). But when stewarded properly, and tempered with humility, this seemingly insignificant grace of the Holy Spirit becomes an invisible atomic weapon.

I am not saying we should showcase tongues in church gatherings, scream at people in tongues or make people feel like misfits if they haven’t experienced the gift. When the Corinthians put tongues on the platform and turned their meetings into chaotic circus sideshows, Paul rebuked them sternly. But the same apostle who warned his followers not to flaunt tongues in public also spent countless hours praying in tongues privately—because it is a vital source of spiritual power that we must not neglect.

The young man I met in Pennsylvania has a strong call on his life to reach others for Jesus, and he will be more effective in ministry now that he has added this misunderstood spiritual weapon to his arsenal. I pray you, too, will discover its value.

[Published Wed., 23 June 2010 in the online “Fire In My Bones” Newsletter. J. Lee Grady is contributing editor of Charisma and author of the new book The Holy Spirit Is Not for Sale. Follow him on Twitter at leegrady. Learn more about his ministry at themordecaiproject.com].