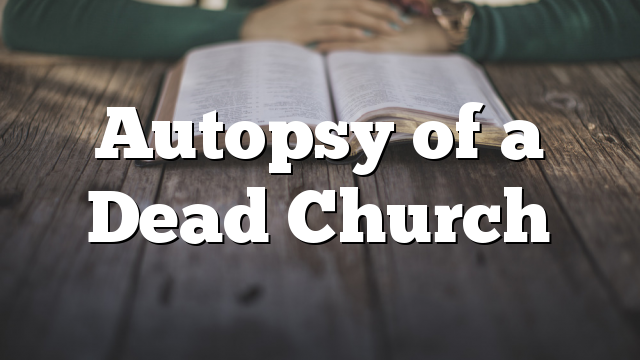 Church revitalization is a popular topic today, and that is appropriate. Various writers and
researches estimate that between 70 and 90 percent of the churches in North America are plateaued or
declining. The percentage varies from writer to writer, but, certainly, the majority of churches in North
America are declining or dying. Robert Dale in his book, To Dream Again, helped church leaders
understand that churches go through a life cycle. That is, a church is born because someone or a group
of believers had a vision (dream) to start a new church. They worked hard to plant and grow the church.
Eventually, the church stopped growing, and eventually, after some years, it began to decline. Dale
pointed out that unstopped decline leads to the death of a church. Dale wrote that a church needs a
new vision or dream in order to begin a new cycle of growth.

Thom Rainer, the President of LifeWay Christian Resources, has written many books and article
on church growth. This book is about church death, and the reasons for it. He does not present an
exhaustive study on church decline and death; rather, this little book provides snapshots of dying
churches. The death of a church with which he consulted years ago prompted Rainer to write the book,
but he includes data from fourteen different churches that died. His hope is that church leaders in
declining churches will recognize their dire situation and take measures to reverse the decline.
In the book Rainer lists and discusses briefly the primary reasons for church decline and death:
(1) The church was dwelling on the past. (2) The neighborhood changed, but the church did not. (3) Few
resources were dedicated to growth. (4) The church forgot the Great Commission. (5) Older members
refused to accommodate the desires of young people. (6) Pastoral tenure grew shorter and shorter. (7)
The church neglected prayer. (8) The church had no clear purpose. (9) The church became obsessed with
maintaining its facilities.

In my personal experience and research it is clear that churches must choose between change
and death. Sadly, most churches choose to die rather than change. When I came to Memphis a year ago,
I asked about several Memphis churches I had known in the past. In every case the answer was the
same: Oh, that church no longer exists. Thom Rainer loves the church (as Jesus Christ does) and longs to
see these churches revitalized. This book is so simply written that lay leaders could read it and apply it.
God grant that they do so. Readers who wish to learn more about church revitalization might also see:
George Barna, Turnaround Churches, Ed Stetzer and Mike Dodson, Comeback Churches.

This year’s Charismatic Leaders Fellowship met Monday, February 21st thru Thursday the 24th in Augusta, at the Alleluia Covenant Community. This was our fourth year in a row there.[1] It is a great place to have a meeting as the families of the Community host us for “bed and breakfast,” and the quality of the […]