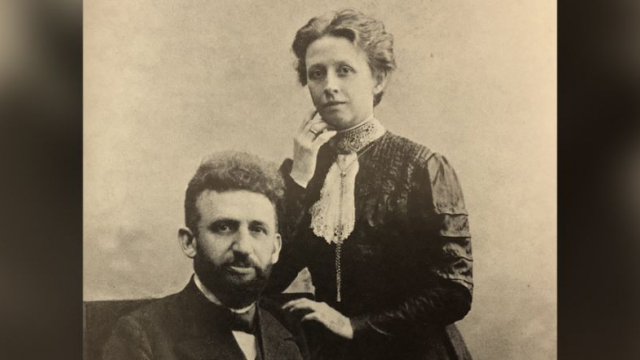 By Darrin J. Rodgers
Originally published on AG-News, 26 May 2022

Gerrit R. Polman (1868-1932) is regarded as the founder of the Pentecostal movement in the Netherlands. Polman was originally a member of the Reformed Church and joined the Salvation Army in 1890. Influenced by reports of revivals in Wales and at Azusa Street in Los Angeles, Polman and his small congregation in Amsterdam identified with the Pentecostal movement in 1907.

Polman wrote a historical account of Dutch Pentecostalism, which was published in the May 29, 1926, issue of the Pentecostal Evangel. Polman recounted testimonies of how lives were transformed. He recalled that in one city, “The sick were healed, demons cast out, souls saved, and other manifestations of the power of God were given.” This pattern was repeated, with some variations, in cities and villages throughout the nation.

According to Polman, people who experienced God’s power did not stay the same. He wrote, “What a wonderful change it brings in our lives when the Holy Spirit comes in, in Pentecostal power; how it changed our conduct, our hearts, and lives; what a fellowship in the Spirit with our risen Lord!”

Polman used his article about Pentecostalism in his corner of the world to encourage unity among Pentecostals everywhere. He gave praise to God for “the unity in the Spirit” that existed among Dutch Pentecostals. He believed that this unity would be “a testimony in the midst of the spiritual deadness.” One’s Christian citizenship, he argued, should outweigh all earthly allegiances: “by one Spirit we were all baptized into one body, whether we be American or Dutch, English or German.” He continued, “The body of Christ is a new race of people, born from heaven, and as such, they are a heavenly people, seeking the things which are above.”

Polman was a Pentecostal leader in his nation, but he grasped a vision of the body of Christ that was much bigger than the churches he oversaw. A similar vision for Pentecostal unity, grounded in God’s Word and for the purpose of worldwide evangelization, also energized the founders of the Assemblies of God in 1914. Early Pentecostals recognized the tensions between heavenly and earthly allegiances, and they regularly encouraged believers to seek unity by forming their identity around biblical ideals.

Read the entire article by G.R. Polman, “The Pentecostal Work in Holland,” on pages 2-3 of the May 29, 1926, issue of the Pentecostal Evangel.

Also featured in this issue:

Do you have Pentecostal historical materials that should be preserved? Please consider depositing these materials at the Flower Pentecostal Heritage Center (FPHC). The FPHC, located in the Assemblies of God national offices, is the largest Pentecostal archive in the world. We would like to preserve and make your treasures accessible to those who write the history books.