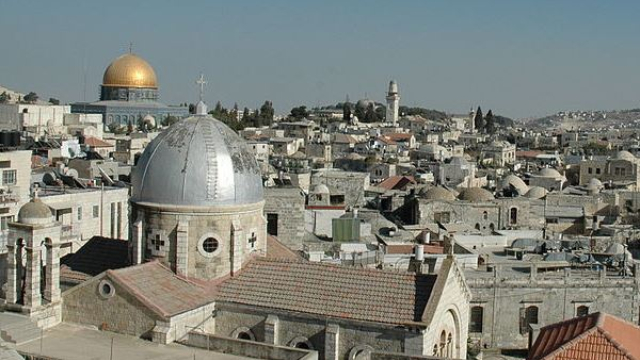 Duane Litfin, “The Real Theological Issue Between Christians and Muslims: It’s not about a different God, but a different Jesus” Christianity Today (August 9, 2016).

To begin, and in the interest of full disclosure, I have previously written on the question of the identification and relation of the Triune God and Allah being considered by Duane Litfin. (http://pneumareview.com/do-all-abrahams-children-worship-abrahams-god/.) In that article I essentially argue that the true and living God is not contained or controlled by any religion (Isaiah 66:1 and Acts 7:49). Why should it be considered inconceivable that God is infinitely greater than any religion’s perception and presentation of divine reality and identity? Yet I am a Christian. I unreservedly confess my faith in Jesus Christ as the Son of God and as Lord and Savior (John 14:6; Romans 10:9). For me, the question is not to which religion does God belong but who among us belongs to God and in what way. According to the Bible, in some sense all creation and every creature belongs to the Creator God (Psalm 24:1; 1 Corinthians 10:26). However, according to John’s Gospel the Church belongs to Christ as the bride belongs to the groom (3:29). Christians belong to God as those who have heard God’s word in Christ (8:47). And Christians belong to Christ as the Father’s gift to him; therefore, Christ gives the Spirit to them to make known the otherwise unfathomable depths of divine mysteries (16:15). In my estimation, Christians can (and should) consistently affirm that God isn’t the exclusive property of any particular religion and also that God is definitively and decisively made known only in Jesus Christ as Lord and Savior. 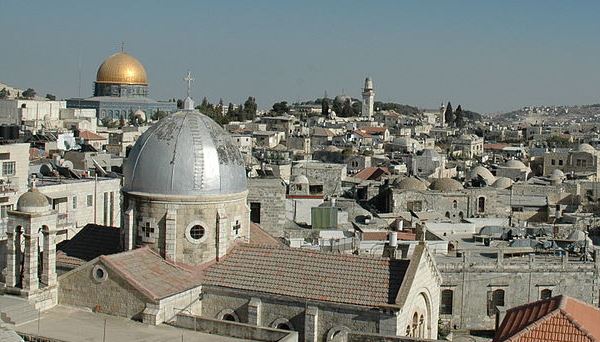 Jerusalem, seen from the roof terrace of the Austrian Hospice of the Holy Family in the Muslim Quarter of old Jerusalem, looking towards the south. In the foreground is the silver dome of the Armenian Catholic chapel, “Our Lady of the Spasm,” the fourth station of the Via Dolorosa. In the background, left side, the golden Dome of the Rock.
Image: Justin McIntosh / Wikimedia Commons.

The scandal of Jesus cannot be avoided.

Second, I approach the present conversation from a context informed by the work of Amos Yong and Miroslav Volf. Yong is a Pentecostal theologian and Volf has a Pentecostal background. The thought of Yong and Volf on this matter can be seen together in Yong’s review of Volf’s Allah: A Christian Response (http://pneumareview.com/miroslav-volf-allah/). Volf dedicated this book to his father, a Pentecostal pastor who taught him that Christians and Muslims worship the same God—a position Volf eventually came to recognize as exceptional. Volf himself also affirms that positive assessment, while noting that only Christians know God as the Father of Jesus and as Trinity, and then explores the political, social, and ethical implications of that claim. Yong appreciatively notes the theological and philosophical sophistication and subtlety of Volf’s work. However, he suggests that likely neither Christians nor Muslims will be satisfied with the outcome, and that the scandal of Jesus cannot be avoided. (Interestingly, Yong has himself sometimes been charged, although not entirely fairly, in my opinion, with attempting to belay debate on the controversial issue of Christ’s identity.) What Yong finds most mentionable about Volf’s treatment is Volf’s decision to avoid soteriological issues, or, in other words, the question of salvation. (Again, and interestingly, Yong has repeatedly complained that classic theology of religions categories tend to over focus on soteriology!) In the end Yong praises Allah: A Christian Response, and proposes that it could have immense significance for Pentecostals.

Class on SPEAKING IN TONGUES?

i’m suppose to teach a class on SPEAKING IN TONGUES in the near future. Other than scripture, can anyone point me in the direction…