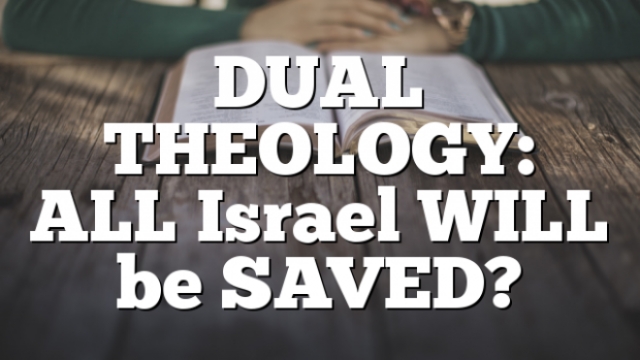 DUAL THEOLOGY: ALL Israel WILL be SAVED? I had a dream, a very serious dream…

I had a dream, a very serious dream that must have lasted for a long while. I awoke groaning in the spirit and was…