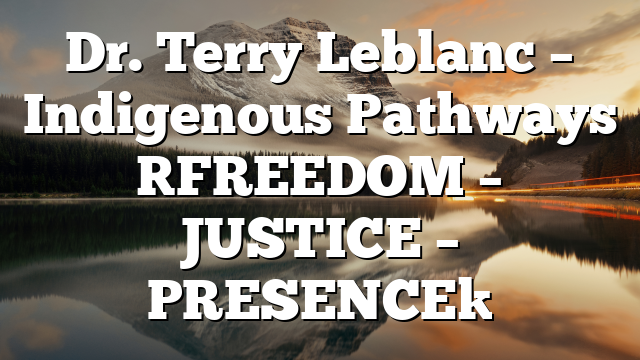 Reclaiming the Word (abstract): FOR GENERATIONS, Native North Americans and other Indigenous peoples have lived the false belief that a fulfilled relationship with their Creator through Jesus required rejecting their own culture and adopting another, European in origin. …. The result has subjected Indigenous people to deep-rooted self-doubt at best, self-hatred at worst.

…. Indigenous children were taken from their families, prevented from speaking their native languages, and subjected to various other forms of abuse. Isabelle Knockwood, a survivor of church-run residential schools, observed, “I thought about how many of my former schoolmates, like Leona, Hilda, and Maimie, had died premature deaths. I wondered how many were still alive and how they were doing, how well they were coping, and if they were still carrying the burden of the past on their shoulders like I was.”

Given the countless mission efforts over the past four centuries (which in practice were targeted not so much to spiritual transformation as to social and cultural annihilation), we might conclude that Indigenous people must possess a unique spiritual intransigence to the gospel.

But that would not tell the whole story.

The real tale is best told through a more careful examination of the many Indigenous people who, despite the tragic history of Christian mission in their lives and communities, still claim affinity to one tradition or another of the Christian church. ….. Christianity, as presented to us over the centuries, offered soul salvation, a ticket home to eternity, but was essentially unconcerned with the rest of our lives—lives that, history makes clear, were nonetheless fully exploited by those bringing the offer. It was with this in mind that, in 1999, the emerging controversy over Indigenous cultural and theological contextualization of the gospel provoked our small group of Indigenous Jesus-followers to respond. ….. Challenging this deep-seated Western ethnocentrism in theology and mission—at least among our own people—will encourage Native followers of Jesus to more effectively contribute to the wider community of Christian faith. This is necessary not only for ourselves, but also for the wider church. The mono-cultural and mono-philosophical foundations of most Christian faith in North America has had a negative, limiting effect for many decades, not only on theology but on missiology as well, often relegating the practice of faith to unhealthy patterns of self-absorbed individualism.

…. Shift One: Away from Dualism …. First, we have shifted away from the dualistic philosophical frames within which European and Euro-North American theology has been classically undertaken to a more holistic philosophical frame of reference. To Indigenous people, life is not easily captured in the simple binaries and either/or realities common within Western thought. Our philosophy is much more akin to the Hebraic “both/and.” Making this shift has resulted in active engagement with traditional Indigenous thinking and a more biblically faithful position. …. Compounded dualisms in classical Christian theology have also, from an Indigenous vantage point, created senseless divisions of reality into the sacred and profane, sacred and secular, natural and supernatural. Not everyone assumes life happens on two separated planes of existence, isolated from the rest of a supernatural creation by human-dictated delimitations. For most of us in the Indigenous world, everything expresses the sacred, for it all proceeds from God—regardless of the means of its creation. Not only is it fully sacred, but clearly, despite scientific discovery, it is still a significant mystery.

[Terry LeBlanc is Mi’kmaq/Acadian, a founder and chair of the North American Institute for Indigenous Theological Studies (naiits.com), and adjunct faculty in Indigenous and intercultural studies for Tyndale Seminary in Toronto and Asbury Seminary in Kentucky.]

[01/18/2016 7:53 PM]
PART 2 to this article: http://www.pentecostaltheology.com/scientific-speach-patterns-in-speaking-in-tongues/

Does Pentecostal theology teach Christ as savior with our permission?