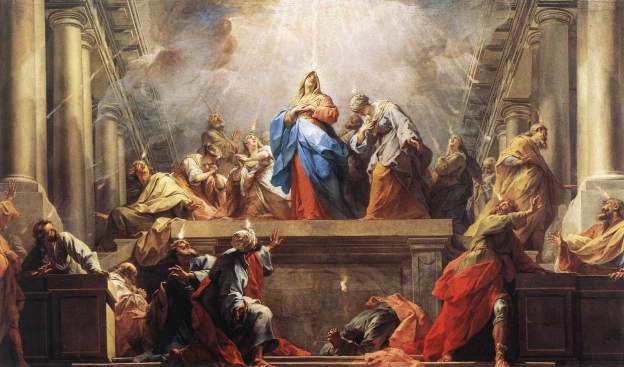 John 1:12-13 12Yet to all who did receive him, to those who believed in his name, he gave the right to become children of God— 13children born not of natural descent, nor of human decision or a husband’s will, but born of God.

John is speaking against the backdrop of Jewish belief that they are all descendants of Abraham by birth. They can identify themselves by tribe. But Jesus has already rebuked the Pharisees for claiming to be children of Abraham, but not doing the deeds of Abraham.

John 8:39 They answered and said to Him, “Abraham is our father.” Jesus said to them, “If you are Abraham’s children, do the deeds of Abraham. 40 “But as it is, you are seeking to kill Me, a man who has told you the truth, which I heard from God; this Abraham did not do. 41 “You are doing the deeds of your father.” They said to Him, “We were not born of fornication; we have one Father: God.” 42 Jesus said to them, “If God were your Father, you would love Me, for I proceeded forth and have come from God, for I have not even come on My own initiative, but He sent Me. 43 “Why do you not understand what I am saying? It is because you cannot hear My word. 44 “You are of your father the devil, and you want to do the desires of your father. He was a murderer from the beginning, and does not stand in the truth because there is no truth in him. Whenever he speaks a lie, he speaks from his own nature, for he is a liar and the father of lies. 45 “But because I speak the truth, you do not believe Me. 46 “Which one of you convicts Me of sin? If I speak truth, why do you not believe Me? 47 “He who is of God hears the words of God; for this reason you do not hear them, because you are not of God.”

Jesus is making an important distinction about how one is able to identify as a child of Abraham and a child of God.

John starts his argument in 1:9. Jesus is the light that gives light to everyone. He has now come into the world he has made. v.10, Even though the world was made by him, the world did not recognize him. Note the similarity to 8:40, 42 above. v11. He came to that which was his own, but his own did not receive him. Here the identification narrows from the whole world as created order to the children of Israel as God’s chosen covenant people.

1:12 we see a contrast. Now we see who are the true children of God. They are those who receive him, who believe in his name. To these and these alone he gives the right to become children of God. This right is given by God based on the conditions He set, not by any claims made by man. Man cannot make himself a child of God, he can only meet the condition of belief which is expressed here.

YES, Jesus was the eternal SON of the FATHER

If Jesus was the eternal son in the past, why didnt Satan recognize him. Why did he ask “if you are the son of…