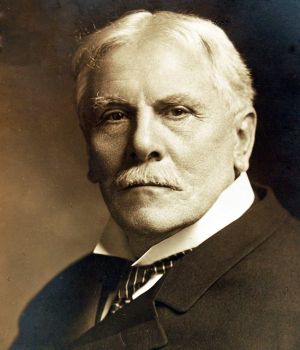 The gap theory has come in different forms since its conception in the early 1800s (Thomas Chalmers [http://bit.ly/1MfcVmN]). It was a response to the long geological ages that were coming to the forefront, from a naturalistic worldview of the earth’s geological history, in the late 1700s. However the gap theory is like a theological monkey swinging along on ever shortening ropes with every biblical objection put to it, until there is no rope short enough to swing from and the monkey falls down. The truth is that Genesis is the book of beginnings, with God the originator of all things. So we should not pander to a wholly materialistic explanation of things by trying to fit it into the Bible and coming up with ideas like the gap theory. For more detailed accounts of what the gap theory entails, and the many good biblical objections to it, see the related articles (listed at the end of this one) and recommended resources.

However, although biblical objections to the Gap theory have long been known, surprisingly, the view is still widely held. After creation talks with open question times, I and other CMI speakers still encounter people asking if there is a gap between Genesis 1:1 and 1:2, or between 1:2 and 1:3. In my experience, most people don’t really understand why there would be a gap there, and all the particular nuances of it. Rather, it is something that they have heard about, which they then use it as an excuse not to take the Genesis timescale at face value. They believe instead that the purported billions of years can be fit into this alleged gap.

Ricky Grimsley [10/07/2015 11:04 PM]
Then how do you explain the fact that god had to remove adam from the tree of life so he would not live forever. The death at first was spiritual the physical death was the repercussions of god taking them from the garden. Genesis 3:22 KJVS
[22] And the Lord God said, Behold, the man is become as one of us, to know good and evil: and now, lest he put forth his hand, and take also of the tree of life, and eat, and live for ever:

Does anyone really think Paul is talking primarily about physical death in Romans 5:12 when he talks about death entering the world through sin? If that is the case, are the references to ‘life’ in the rest of the chapter about living an eternal life in this body without physical death? Is ‘the just shall live by faith’ saying that if you have faith, your body will never die. (I met someone who actually believed something like this.) Paul says in chapter 7 tthat sin came to life and he died. This already happened. Paul had ‘died’ before he wrote the epistle.

John Kissinger [10/20/2015 6:31 PM]
Peter, I am interested in discussing your post. How exactly do you see Gen.13 undermining the gap theory? And perhaps first pls give definition of your understanding of gap theory.  Genesis 13 does NOT Undermin the ‘Gap Theory’..

FacebookTwitterSubscribe
Subscribe to receive all news to your email or phone: [wysija_form id="1"]
gapgenesistheoryundermines