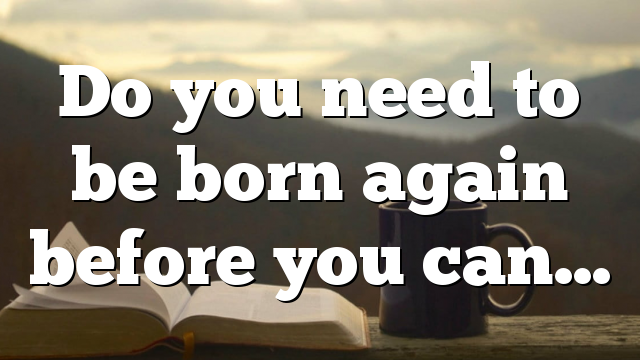 Do you need to be born again before you can be sanctified?

The grave of an Assemblies of God pastor

How can this kind of evil and hatred be a sign of anything but the soon coming end? The grave of an Assemblies of…