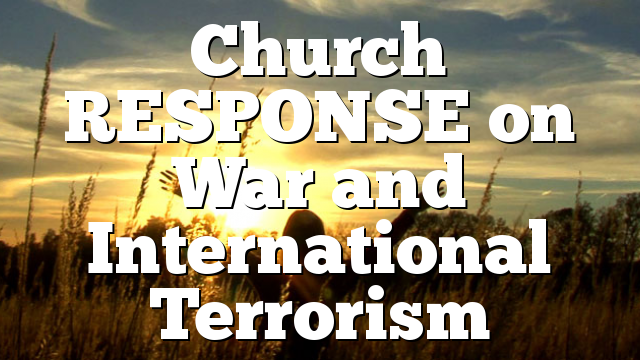 “My concern is that when America pressures Israel in a negative manner, within 24 hours our weather pattern becomes dangerous, which biblically can be a sign of God’s disfavor,” Stone says. “This has been traced back for years. That’s the thing that we have to be concerned about-our own future as a nation, or our favor with God as a nation, by not supporting people of the covenant.”

However, the evangelist says this situation “could be extremely serious for Israel within the next six months to a year, especially by the fact that everyone [in the Middle East] in intelligence knows that Iran wants nuclear weapons, and once they get them, the whole game changes in the Middle East.”

When asked how the weekend’s agreement fits into end-times prophecy from a biblical point of view, Stone said, “In Ezekiel, the war of Gog and Magog, Persia is involved in that war. I’ve read it very carefully, and it looks as though there’s a pre-war that happens. God turns the Persians back and later puts a hook in their jaw and brings them down on the mountains of Israel.

“In my personal opinion, there are going to be two conflicts-one between the Persians and the Israelis at some point, militarily, whether there’s an air strike of some kind or something similar; and somewhere down the road, there will be retaliation among the Persians with the coalition of Islamic nations mentioned in Ezekiel that will try to come against Israel. But according to the prophet, Israel will win that battle. That’s how I’m looking at this.”

Stone had been in Israel a week when the agreement was announced last weekend. He says the Israelis he talked to are “extremely upset” with the Obama administration.

“They are very upset with President Obama,” he says, “and they are coming out and saying that if you let this go and let the Iranians be unrestrained in their nuclear program, the United States in the future will pay with a nuclear attack on American soil by Islamic radicals. They are publicly coming out and saying this: ‘Don’t blame us when this happens.'”

Stone, director of one of America’s fastest-growing ministries, Voice of Evangelism, says he is not predicting an attack on U.S. soil, only that it could happen with a future Iranian regime using nuclear weapons.

Stone says it is difficult to say what he thinks Obama should have done but notes, “When it comes to the nuclear threat, there has to be a total removing of Iran’s developing and enriching centrifuges, or there has to be an attack on those facilities to set them back for at least several years. The problem is that the regime that is in power will use their weapons against the Saudis, against the Gulf States or against Israel in the very near future.”

But Stone adds that he is not afraid of Israel’s ability to defend itself.

“Suddenly,” he continues, “everyone around them will want a nuclear weapon to defend themselves from the nuclear weapon of their enemies. You’ll have the whole Middle East being nuclear, and that’s the most dangerous thing imaginable.”

The agreement, which came after days of marathon talks, “addresses Iran’s ability to enrich uranium, what to do about its existing enriched uranium stockpiles, the number and potential of its centrifuges and Tehran’s ‘ability to produce weapons-grade plutonium using the Arak reactor,’ according to a statement released by the White House,” CNN has reported.

In addition, Iran agreed to provide “increased transparency and intrusive monitoring of its nuclear program,” the White House statement says.

Israeli Prime Minister Benjamin Netanyahu, who has consistently asked the West to be wary of any deals with Iran, fiercely criticized the deal.

Finding Jesus of the Bible

Colorado-based minister, pastor, and television broadcaster Marilyn Hickey is well known around the world for her in-depth teaching of God’s Word. Her study guide,…