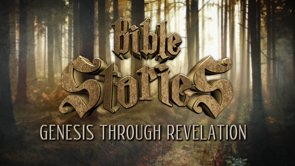 CHURCH OF GOD TIMELINES (since the late 1700s)

John Kissinger
[12/19/2015 4:35 PM]
“Between 1831 and 1844 William Miller promotes the doctrine of a pre-millennial return of Jesus Christ. This is in contrast to the commonly held view in the 1800’s that the Kingdom of God/Millennium would come gradually, with the return of Christ occurring at the end of 1,000 years. Those who believe in pre-millennialism would become known as “Millerites” or “Adventists.”

Melvin Harter [12/20/2015 2:35 AM]
It appears your CoG is the World-wide CoG with Herbert Armstrong. His group was a cult and had no relationship with the CoG and Pentecost.

John Kissinger [12/20/2015 6:32 AM]
except coming out of the Quaker movement and adopting the same name adopted as early as the 1700s – – – In 1972, many members were disappointed that the events predicted by Herbert Armstrong did not come to pass. Most were unaware that Herbert Armstrong had been predicting the end of the world on the radio as far back as World War II, when he had proclaimed Hitler and Mussolini the Beast and False Prophet of the Book of Revelation. After the war ended, Armstrong attended a meeting in San Francisco in which a proposal was made to create the United Nations. He had also read a quote from Winston Churchill proposing the creation of a United States of Europe. This was a springboard for a new set of prophecies in which the European Union would rise up to become the Beast Power. http://www.equip.org/article/the-worldwide-church-of-god-resurrected-into-orthodoxy/

John Ruffle [12/20/2015 8:55 AM]
How if we got fresh perspective on all of post-Reformation recent history and looked again at rhe anti-Nicene Fathers?

FacebookTwitterSubscribe
Subscribe to receive all news to your email or phone: [wysija_form id="1"]
churchgodlatetimelines

Biblical eLearning (http://biblicalelearning.org) presents: Dr. Dave Mathewson on Revelation This is the fifteenth of thirty videos on the book of Revelation by Dr. Dave…