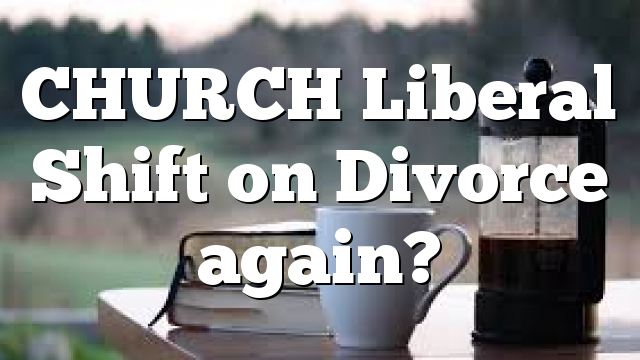 I was watching a video from someone I’ve met and spent some time with one day on Facebook. He was saying that the Old Testament guarantees a right to divorce, that Jesus would not overturn that, and that Matthew 19 was about people who divorce for adulterous motives– but adultery doesn’t mean sex. He got really fuzzy and unclear about the verse that did not fit with his position on the matter. His message had a lot of posts of agreement.

There is also a website, which I won’t advertise in this message, which argues that Matthew 19 is really about the problem of not giving the proper certificate when you divorce, and that divorce is okay, and it is something believers are allowed to do. Of course, it doesn’t line up at all with just sitting down and reading the passage. I saw people on a forum defending this site tooth and nail. I pointed out why it was wrong, and they defended it. One divorced and remarried man called them on it, and pointed out that the passage obviously said what it said.

Is this ultra-liberal approach to Matthew 19 and other passages (based on not really reading it carefully) growing in popularity? Have you seen it?

From a recent Monday night service Pastor Benny Hinn shares from his heart on what Jesus is doing in his own life and ministry,…