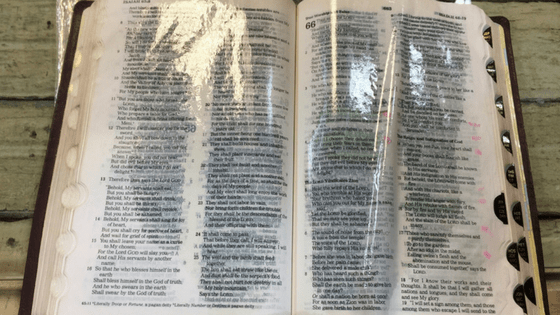 Editor’s Note: This PDF file contains two chemical analyses related to the Times Free Press investigation of the His Name is Flowing Oil ministry. The first analysis, beginning on page 1, was performed by the University of Tennessee at Chattanooga and is of the oil the ministry claimed had been flowing from its Bible. The second analysis, located on page 4 and conducted by the same lab, compares the ministry’s Bible oil to the Ideal brand of mineral oil sold at Tractor Supply Co

Chemical analysis tests gathered by the Times Free Press challenge the basis of a popular Dalton, Georgia, ministry that claims to have a Bible flowing with oil as coming from the Tractor Supply Co

Updated at 9:55 a.m. on Thursday, Feb. 13, 2020: The team hosting the events posted on its website that the Bible stopped flowing with oil on Jan. 10, though they made no mention of this at its weekly gatherings since that day or when speaking to the Times Free Press nearly two weeks later. The group stopped distributing oil on Feb. 4 and will no longer hold services in Dalton, according to the online statement. Earlier the ministry stopped sending FREE oil samples form the said oil dripping BIBLE…

Each week, hundreds of people come to Dalton’s Wink Theater to see the Bible owned by Jerry Pearce. Those who gather described deep religious experiences when the oil Bible touched them. Others said the oil cured them of sickness or helped them kick addictions.

Through donations, Pearce and Johnny Taylor, the other leader of His Name is Flowing Oil, have made a full-time job of traveling the country with the Bible, estimating they have handed out around 350,000 free vials of the oil.

The Times Free Press wrote about the increasingly popular gathering in November 2019. The next day, someone contacted the newspaper saying Pearce was a regular customer at the Tractor Supply store in Dalton. The person said Pearce often bought large amounts of mineral oil — a clear oil similar in appearance to the oil Pearce claims is coming from his Bible.

The Times Free Press then paid for a series of chemical analyses by the University of Tennessee at Chattanooga, comparing samples of the oil Pearce hands out with the chemical structure of mineral oil and comparing Pearce’s oil with the Ideal brand mineral oil sold at Tractor Supply.

The tests found Pearce’s oil is petroleum-derived and the results “strongly suggest that the oil sample is mineral oil,” according to the analysis. The second test, comparing the chemical composition of Pearce’s oil to the product sold at Tractor Supply, found a nearly exact match.

Pearce said the managers at Tractor Supply are lying. He and Taylor repeated they do not have to defend their work, something they said in November.

“Everything we do is in the light,” Taylor said. “I don’t know how we could defend it other than it just comes up out of the Bible.”

Online, people remain polarized about the ministry, with some calling it a hoax and others praising the results they got from using the oil. The ministry began in 2017 in the week after President Donald Trump’s inauguration when Pearce and Taylor had powerful religious experiences and oil began coming from the Bible, they said.

In the three years since, the two men traveled thousands of miles with the book, even taking it to Canada. In November, Pearce said the Bible does not flow with oil when they are traveling, only when the book is in Dalton.

The weekly gatherings at the Wink Theater in Dalton are ongoing. In the next month, the ministry is scheduled to travel to California, Alabama and North Carolina.