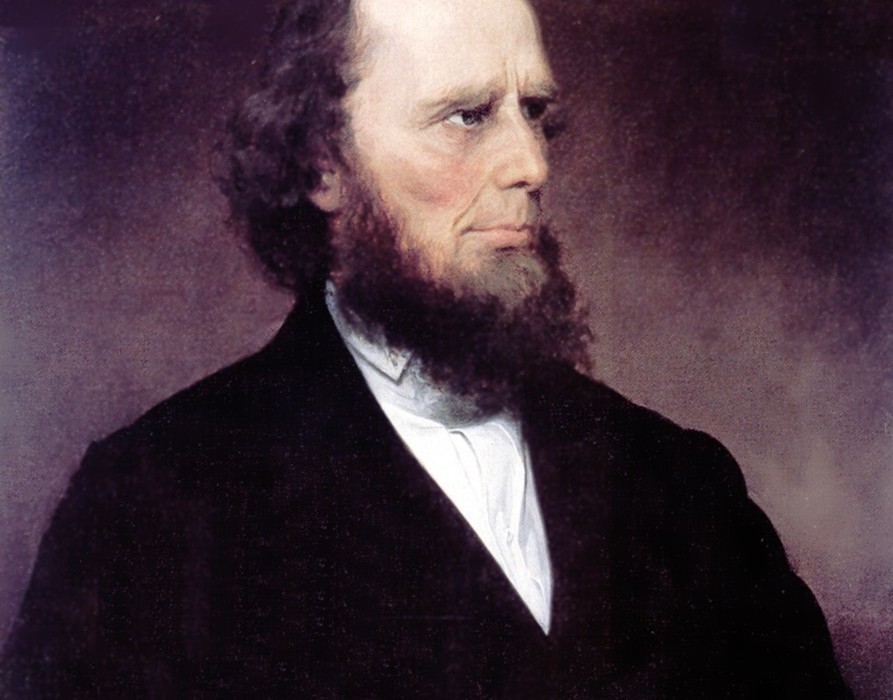 Now we want to look at some of the Evangelist in early America. We start with, Charles Finney.

Born in Warren, Connecticut in 1792, Finney, the youngest of fifteen children. The son of farmers who moved to the upstate frontier of New York. Finney never attended college. His leadership abilities, musical skill, six-foot three-inch stature, and

piercing eyes gained him recognition in his community. He and his family attended the Baptist church in Henderson, where the preacher led emotional, revival-style meetings. Both the Baptists and Methodists were known for their fervor through the early nineteenth century. Finney, “read the law”, studying as an apprentice, and became a lawyer.

The 29-year-old lawyer Charles Grandison Finney had decided he must settle the question of his soul’s salvation. So on October 10, 1821, he headed out into the woods, near his Adams, New York, home to find God. “I will give my heart to God, or I never will come down from there,” he said. After several hours, he returned to his office.

Finney experienced “a mighty baptism of the Holy Ghost which he explained as, “which “like a wave of electricity going through and through me…seemed to come in waves of liquid love.” The next morning, he informed his first client of the day, “I have a retainer from the Lord Jesus Christ to plead his cause and I cannot plead yours.” In 1821, At age 29 Finney started studying under George Washington Gale, to become a licensed minister in the Presbyterian Church. He had many misgivings about the fundamental doctrines taught in that denomination. He moved to New York City in 1832, where he was minister of the Chatham Street Chapel and introduced some of the revivalist fervor of upstate to his urban congregations. He later founded and preached at the Broadway Tabernacle. Refusing to attend Princeton Seminary (or any seminary, for that matter), Finney began conducting revivals in upstate New York.

Finney developed what came to be known as “New Measures.” He allowed women to pray in mixed public meetings. He adopted the Methodists’ “anxious bench”: he put a pew at the front of the church, where those who felt a special urgency about their salvation could sit. He prayed in colloquial, and common language. Most of these New Measures were actually many decades old, but Finney popularized them and was attacked for doing so.

The high point of Finney’s evangelistic career was reached in Rochester, New York, where he preached 98 sermons between September 10, 1830, and March 6, 1831. Shopkeepers closed their businesses, posting notices urging people to attend Finney’s meetings. Reportedly, the population of the town increased by two-thirds during the revival, and crime dropped by two-thirds over the same period.

From Rochester, he began an almost continuous revival in New York City as minister of the Second Free Presbyterian Church. In 1834, he moved into the huge Broadway Tabernacle his followers had built for him.

He stayed there for only a year, leaving to pastor Oberlin Congregation Church and teach theology at Oberlin College. In 1851, he was appointed president, which gave him a new forum to advocate social reforms he championed, especially hard to abolish of slavery.

In 1966 while serving as chairman of the Ohio Board of Evangelism, I went to Ashland, Ohio to meet with Carl Richardson who was one of the board members. We were working on a book called “Let’s Have Revival”. While there Carl took me to Oberlin College, where the late Charles Finney served as President. I felt was a privilege just to stand in the chapel where he preached many of his great sermons.

Finney is called the “father of modern revivalism”, some historians state that, he paved the way for later mass-evangelists like Dwight L. Moody, Billy Sunday, and Billy Graham

7 Characteristics of Growing Churches Michael Turner Outline from November 5, 2019 LDD Webinar 18Then Jesus came to them and said, “All authority in…