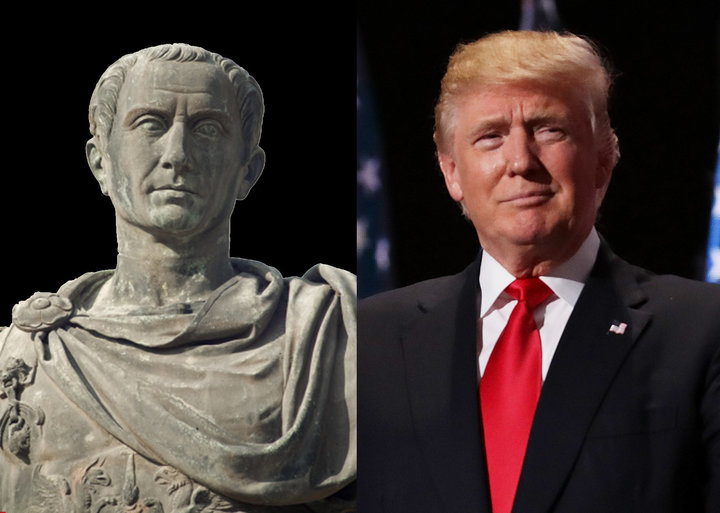 Rome Had Caesar. America Has Trump. The People Were and Are Desperate.

If you want to understand why my neighbors voted for Trump, look to the Romans who cheered on Julius Caesar.

I teach ancient history at a small liberal arts college in the Midwest. One question I’m often asked when I tell people what I do is whether or not America is falling apart like Rome did long ago. They want to know what Donald Trump’s victory means for our country and if the Romans can teach us anything about why Trump was able to pull off one of the most stunning political triumphs in American history.

The Roman people, in the end, simply decided that they would rather have food than freedom.

House just passed its big tax bill. Here’s what is in it:
Kellyanne Conway suggested that the White House remains open to Roy Moore’s embattled senate candidacy on Monday when she told Fox & friends that “we want the votes in the Senate to get this tax bill through” — less than a week after Conway said that “no Senate seat is worth more than a child” in the wake of a series of sexual allegations against Moore.
FacebookTwitterSubscribe
caesarstaxtheologytrump

Working Out the Hidden Treasure

WORKING OUT THE HIDDEN TREASURE – Ray E Horton My mother once told me as a child that I have a heart of gold….